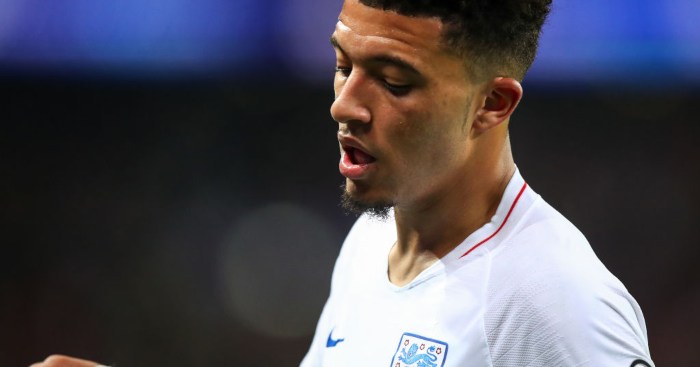 Paris Saint-Germain are providing Manchester United with their ‘biggest obstacle’ in the race to sign Borussia Dortmund winger Jadon Sancho, according to reports.

Sancho has enjoyed an astronomical rise in the last two seasons, becoming key for both his Bundesliga employers and Gareth Southgate’s senior England squad.

However, the 19-year-old has endured a troublesome past couple of weeks, starting with him being dropped by Dortmund after returning late from international duty.

The winger was then replaced after 36 minutes in his side’s 4-0 defeat to Bayern Munich and, according to the Sunday Express, Sancho is considering seeking pastures new at the end of the season.

The newspaper says, however, that while United boss Ole Gunnar Solskjaer has had his eye on Sancho for some time, the Red Devils are now under pressure due to PSG making him their top target.

The French champions are said to hold concerns about Neymar’s future at the Parc des Princes and believe the young star has what it takes to step in.

The report adds, though, that Solskjaer is considering a January swoop for Sancho – rated at £120m – to stay ahead of his rivals.

United return to Premier League action next Sunday when they face Sheffield United at Bramall Lane next Sunday.