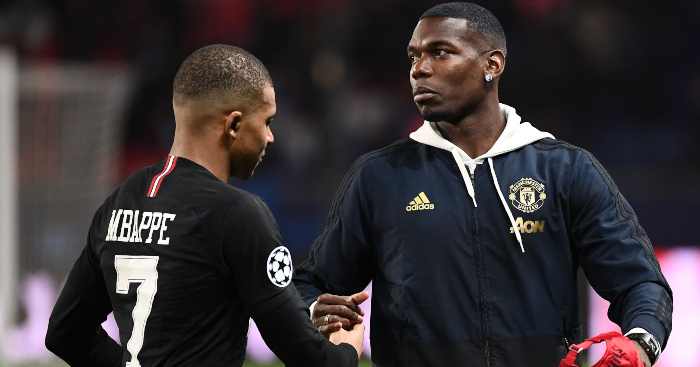 PSG are reportedly ready to offer Paul Pogba an alternative way out of Manchester United.

Pogba spoke on Sunday of his desire for ‘a new challenge’ after three underwhelming years at Old Trafford.

Real Madrid remains his preferred destination while a return to Juventus also appeals to the France midfielder.

But neither club is currently willing to meet United’s demands, with the Red Devils publicly insisting Pogba is not for sale, but it seems likely they would entertain an offer in excess of £135million.

Real have already spent huge sums on Eden Hazard, Luka Jovic and Eder and though Zinedine Zidane is desperate to land Pogba, the Spaniards are not willing to go higher than £110million.

According to The Independent, the current impasse could allow PSG to enter the bidding for Pogba.

With doubts over Neymar’s future, PSG could be on the look out for a creative player. Should the Parisians take advantage of Real and Juve’s hesitation, then Zidane and Maurizio Sarri could do battle for Christian Eriksen.