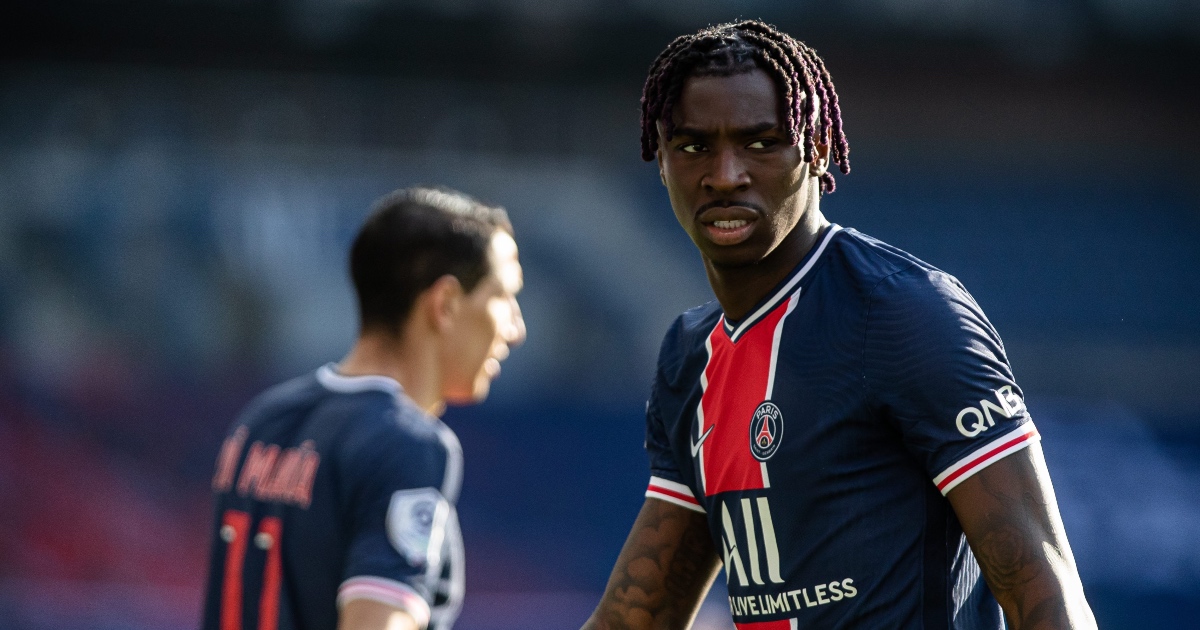 Paris Saint-Germain have reportedly contacted Everton about the possibility of keeping Moise Kean on loan for another season.

The young forward left Goodison Park in October 2020 as he wasn’t thought to be in Carlo Ancelotti’s plans.

He could now spend another season in France as PSG look to regain their Ligue 1 crown.

According to Fabrizio Romano, the French giants are willing to pay a significant fee to keep Kean at the Parc des Princes for another term.

They’ve been impressed by his performances in recent months and want to extend his loan before deciding on a permanent move.

Kean is valued by Everton at around €45million, which PSG are unwilling to pay this summer.

Their opinion could change next year if he continues his good scoring record.

In 2020/21, the 21-year-old bagged 13 goals in just 26 league appearances. He also managed three goals in the Champions League as PSG reached the semi-finals.

One potential sticking point is Juventus‘ interest in the player. They’ve been linked with a move ever since allowing him to join Everton in August 2019.

Kean was a peripheral figure back then, but Juve have been impressed by his coming of age.

Kean intensified the Juve rumours in April by saying: “I will be honest, I was a bit disappointed to leave Juve.

“I grew up there, I don’t know where I’d be now without that club. Juve will always remain in my heart.”

The forward made his way into the Juve squad during Max Allegri’s first spell in charge.

He scored eight goals in 21 games but didn’t see an obvious route into the starting eleven.

Allegri has now returned to the Bianconeri, meaning a bid could be launched in the summer transfer window.

The decision now lies in the hands of the Everton hierarchy. They could make a decent profit on Kean this year by selling him to Juve.

But they have an almost certain buyer in PSG next season, should they allow him to return for another loan.

The Toffees look set to reinvest any funds received by signing Seamus Coleman’s successor at right-back.

At present, Norwich City starlet Max Aarons is the most likely option.