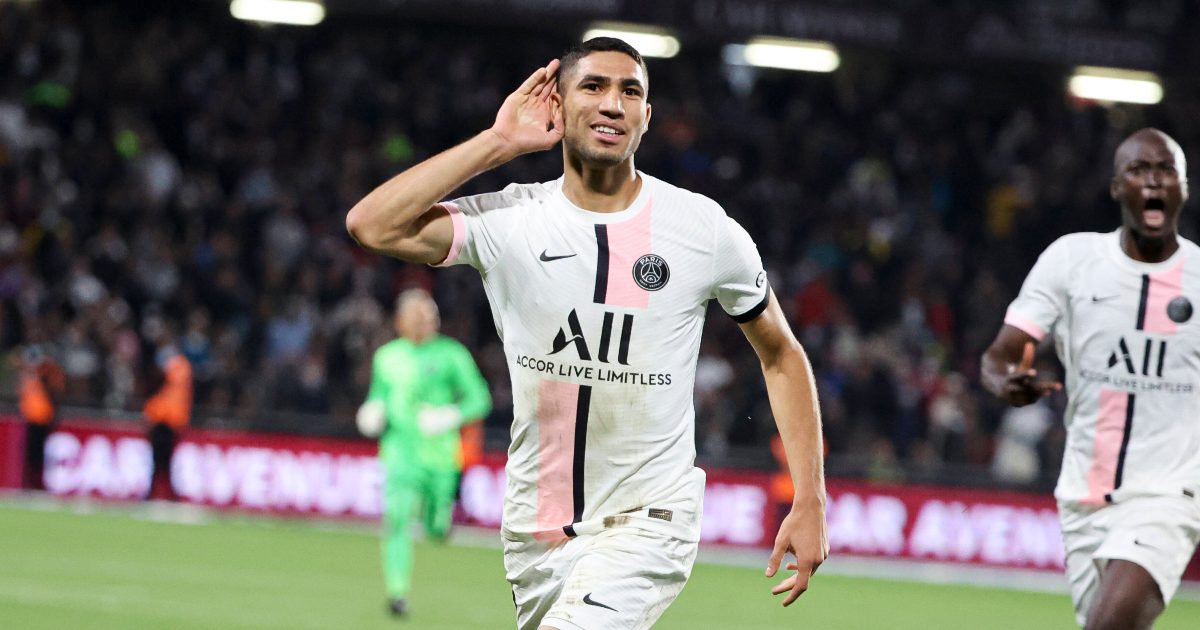 Achraf Hakimi has revealed why he “had to” reject a move to Chelsea this summer to join PSG from Serie A side Inter Milan.

Hakimi enjoyed a great season with Inter in 2020/21 as he helped them win the Serie A title.

The Italian side’s ongoing financial troubles forced them to sell Hakimi this summer. PSG beat several clubs to sign the defender for an initial fee of around £51m. The fee could rise to around £60m with add-ons.

Chelsea were linked with the defender before he made his move to PSG. He was joined at the French club with the likes of Lionel Messi and Sergio Ramos.

Hakimi has told L’Equipe (as cited by Football Italia) that he turned down a move to Chelsea this summer:

“I had two offers, one from Chelsea and one from Paris Saint-Germain,” Hakimi said.

“But I felt I had to come to Paris, that I would have been happy there.

“PSG is a great club, I really appreciate the support the fans gave me straight away. I was lucky because so many other champions joined me.

Elsewhere, ex-Chelsea defender William Gallas has suggested that his former club “can beat any records” this season if they are focused:

“They are the champions of Europe. They look stronger and stronger. If they are really focused they can beat any records, especially now they have Lukaku.

“This is a scary team for any opponent to play. Manchester United fans may think they have a stronger team with Ronaldo back, but if you take every player position by position then I believe Chelsea is stronger than United.

“I really can’t see any club that can beat them. Tuchel is a perfectionist and he always has a tactical plan. Whenever he plays against the league’s best managers, he always finds the solution. Chelsea can win the Premier League, definitely.”