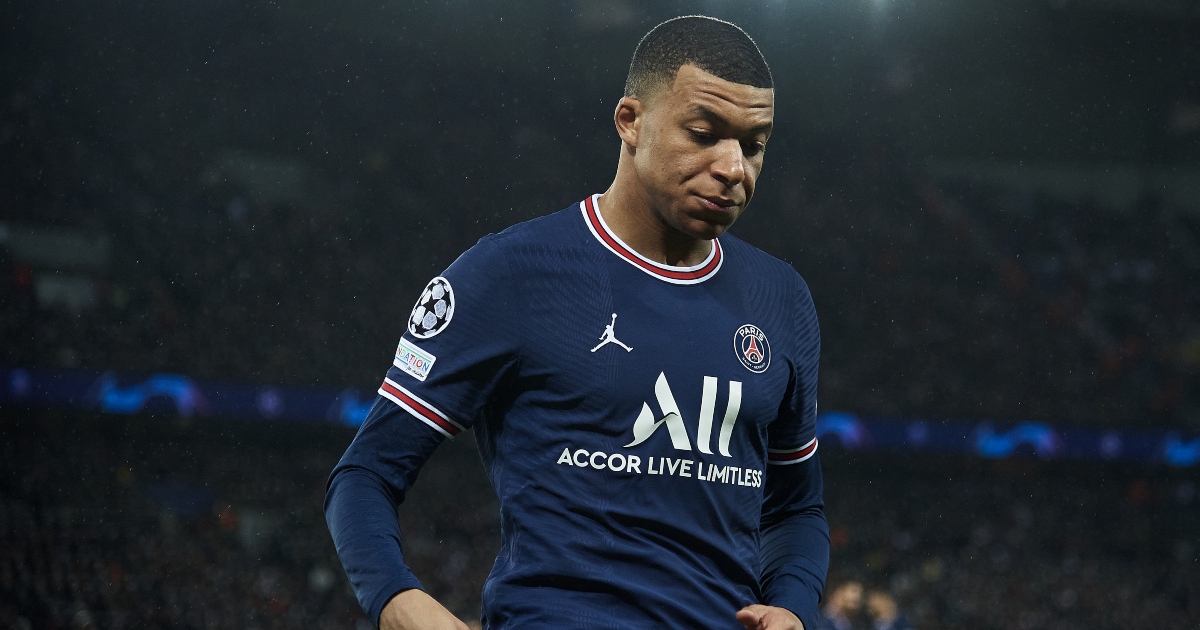 PSG have offered Kylian Mbappe the chance to become the highest-paid player in the world, according to reports.

The France international is out of contract at the end of the season and has been heavily linked with Real Madrid in recent seasons.

Earlier this month, BILD reported that Mbappe had agreed a five-year contract worth £200m in wages with the Spanish giants.

Real reportedly offered PSG £170m to sign the forward last summer, but the Parisiens failed to respond to the offer.

The offer and PSG’s stance raised many eyebrows with Mbappe available on a free transfer this summer.

PSG are set to offer Kylian Mbappe a contract worth well over £500,000 a week 🤑 pic.twitter.com/hbCuMRr693

A move to the Spanish capital seemed imminent, however, the Independent (via Metro) report that PSG have blown Real’s reported contract offer out of the water, offering Mbappe ‘closer to £1m a week’.

Incidentally, Mbappe scored the only goal as PSG beat Real Madrid 1-0 in the Champions League on Tuesday evening.

Whether or not the outcome of that match, or the last 16 aggregate score, will determine his decision, remains to be seen.

Elsewhere, Paul Robinson has suggested that Eric Dier has been a “huge miss” for Tottenham Hotspur but he is “not a top four defender”.

The England international has played over 300 times for Spurs since his move to the Premier League from Sporting Lisbon.“Eric Dier is a huge miss, which I never thought I’d say,” Robinson told Football Insider.“The fact they are missing Dier shows how poor the rest of the defence has been.

“Dier is not a top-four defender. He is not a world-class centre-half in truth. That is where Spurs want to be and that is where they need to get to.

“Dier is vocal though. He can man manage games on the pitch.”