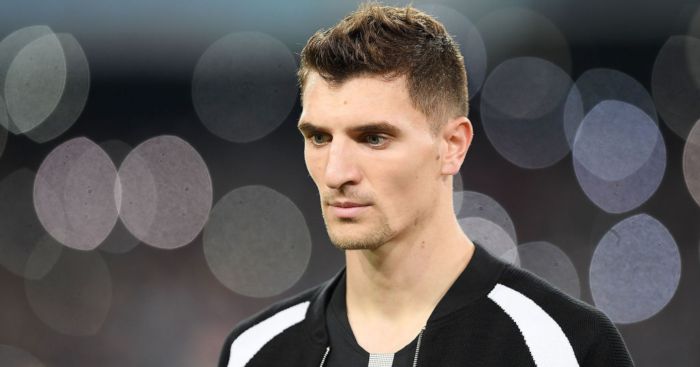 Paris Saint-Germain defender Thomas Meunier calls reported Tottenham interest in him as a “craze” and dismisses the notion he wants to leave the French club.

The Belgium full-back will be out of contract in the summer and his role has a bit-part player in the French capital has only fuelled speculation about his departure.

The 28-year-old, who has previously been linked with Manchester United and Arsenal, has only featured 16 times in Ligue 1 this season, but he seems confident he can extend his time in the French capital.

MAILBOX: Shame on Tottenham, ‘the most vile club in English football’

Meunier recently revealed to Het Laatste Nieuws (via Sport Witness) that he turned down Everton in the summer – a decision he does not regret.

“No, because I have always made it clear that my ambition was to stay with PSG,” he said.

Meunier in fact seems intent on remaining with the French champions again this summer, despite Le10 Sport reporting last week that Jose Mourinho was keen on signing the player for Tottenham.

And to say Meunier is relaxed about the situation is an understatement given his comments to Belgian French-speaking TV station RBTF.

Meunier told RTBF: “A free, international player, who plays in the FIFA ranked world’s No.1 team (Belgium) and who is 28 years old, it cannot be a bad buy, even if I get gangrene and I have to cut off a leg!

“Clubs don’t have much to lose in the investment, and I think they know it. They have everything to gain.

“Everything that circulates on me on social media versus Dortmund, I don’t understand: I’ve seen so many articles linking me to Tottenham or Inter.

“I don’t understand this craze. My main objective is always to stay in Paris, but for the moment it’s pretty calm.”