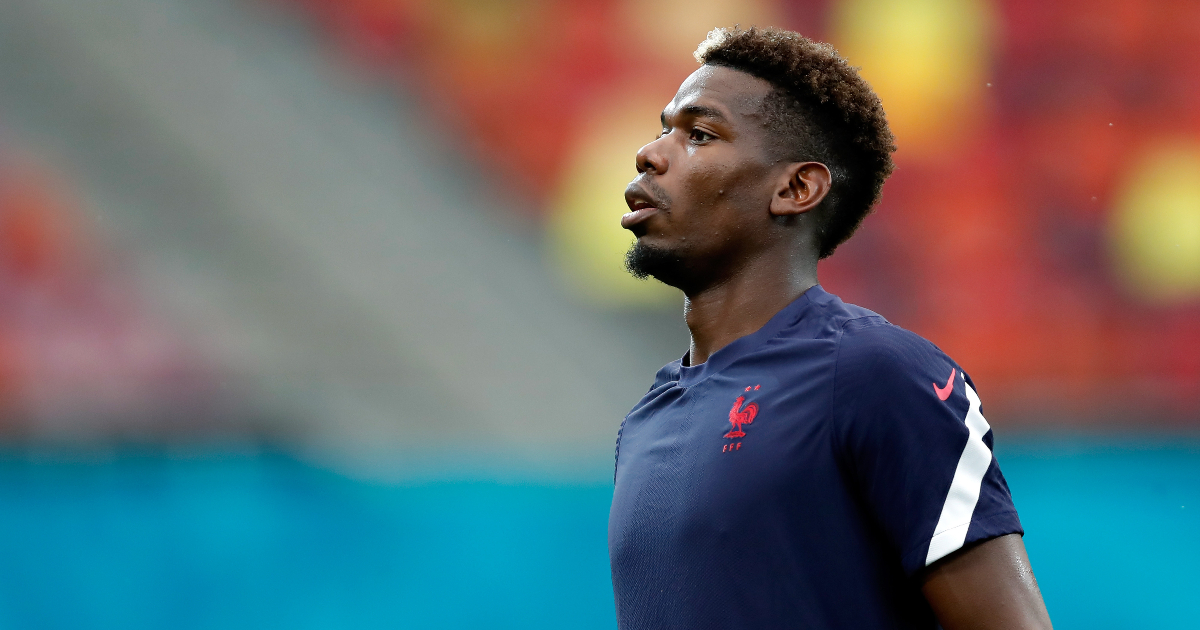 Paris Saint-Germain have identified Manchester United midfielder Paul Pogba as a transfer target as they look to test United’s resolve this summer.

This comes following the signing of Sergio Ramos from Real Madrid on a free transfer.

Pogba only has 12-months left on his deal at Old Trafford and PSG are prepared to offer £51million for the World Cup winner.

This report comes from French newspaper L’Equipe, who claim that the midfielder is high on PSG’s wish list.

As well as Ramos, the Ligue 1 club have already signed Gini Wijnaldum from Liverpool and right-back Achraf Hakimi from Inter Milan.

Pogba made 42 appearances for Man Utd last season and scored in normal-time of France’s 3-3 draw against Switzerland at Euro 2020, a match which the French lost on penalties.

Further reports in France have also indicated that the 28-year-old is open to a move to PSG this summer.

The United board of directors are reportedly ‘split’ over what to do about Pogba, with the midfielder demanding £400,000-a-week in wages.

They are split down the middle, with half wanting a new contract for the influential star and the other half keen to engineer an exit, amid interest from PSG.

RMC Sport claim that Pogba is ‘more and more open to the idea of ​​joining’ PSG this summer and ‘discussions are taking place with his entourage’.

Meanwhile, Pogba recently admitted that he is allowed to play with more “freedom” for France than at club level with Man Utd.

Pogba told L’Equipe: “It’s true that at Juve it was different from Manchester United.