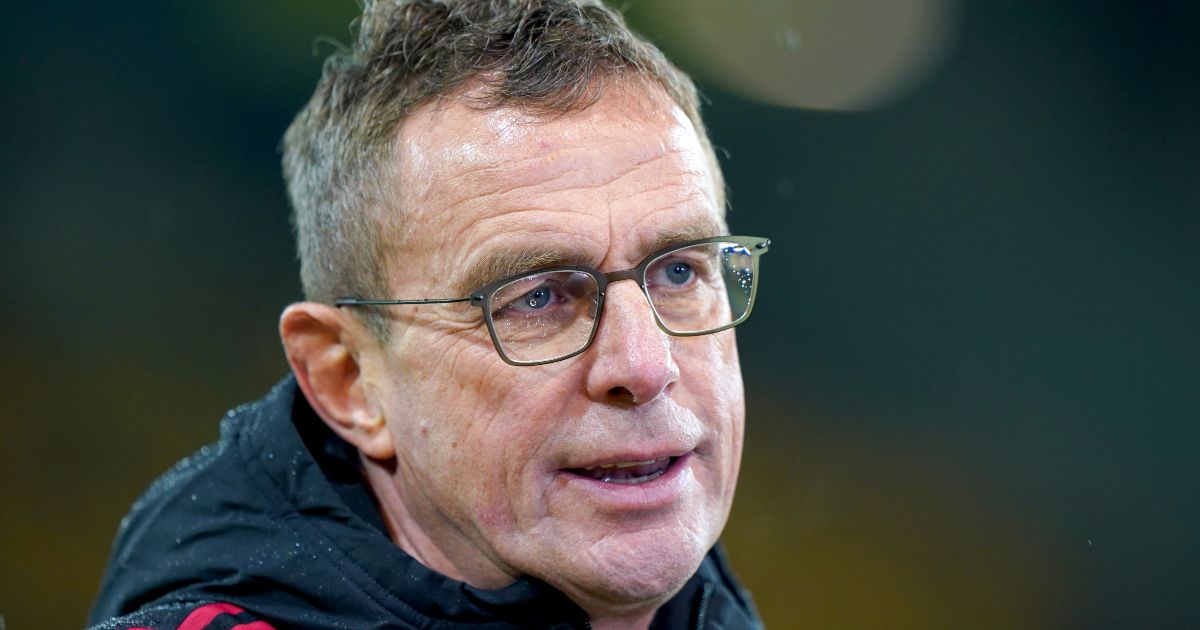 A report has claimed that Ralf Rangnick isn’t the ‘biggest fan’ of Man Utd midfielder Paul Pogba amid interest from Paris Saint-Germain.

Rangnick confirmed last week that Pogba is facing an injury setback and will be out for at least another month.

The 28-year-old played in a 2-2 Champions League draw at Atalanta in early November before pulling up during training on France international duty.

Former manager Ole Gunnar Solskjaer hoped Pogba would be back “just after Christmas” and successor Rangnick said on December 10 that he was four weeks away from a return to action.

But the interim manager is now expecting a longer lay-off for the World Cup winner, who is the subject of continued speculation ahead of his contract expiring in the summer.

Italian publication La Repubblica claimed at the end of December that Rangnick had a ‘phone call’ with Pogba over his future and is keen for him to remain at Man Utd.

And now L’Equipe (via Sport Witness) insist that Pogba is still ‘fluctuating’ over whether to stay at Man Utd and renew his contract or leave the club on a free transfer with both Juventus and PSG interested.

PSG have been linked heavily with L’Equipe insisting that their interest in the Frenchman is ‘real’ despite fears he will add to their growing list of superstars.

The potential chances of him leaving Man Utd have been increased after Rangnick’s appointment as Pogba ‘knows’ that the interim boss at Old Trafford ‘isn’t necessarily his biggest fan’.

Meanwhile, Pogba’s agent Mino Raiola said last year that he cannot stop the 28-year-old’s will to leave the Premier League giants in the summer transfer window and a report insisted that Man Utd had given up on Pogba renewing his deal.