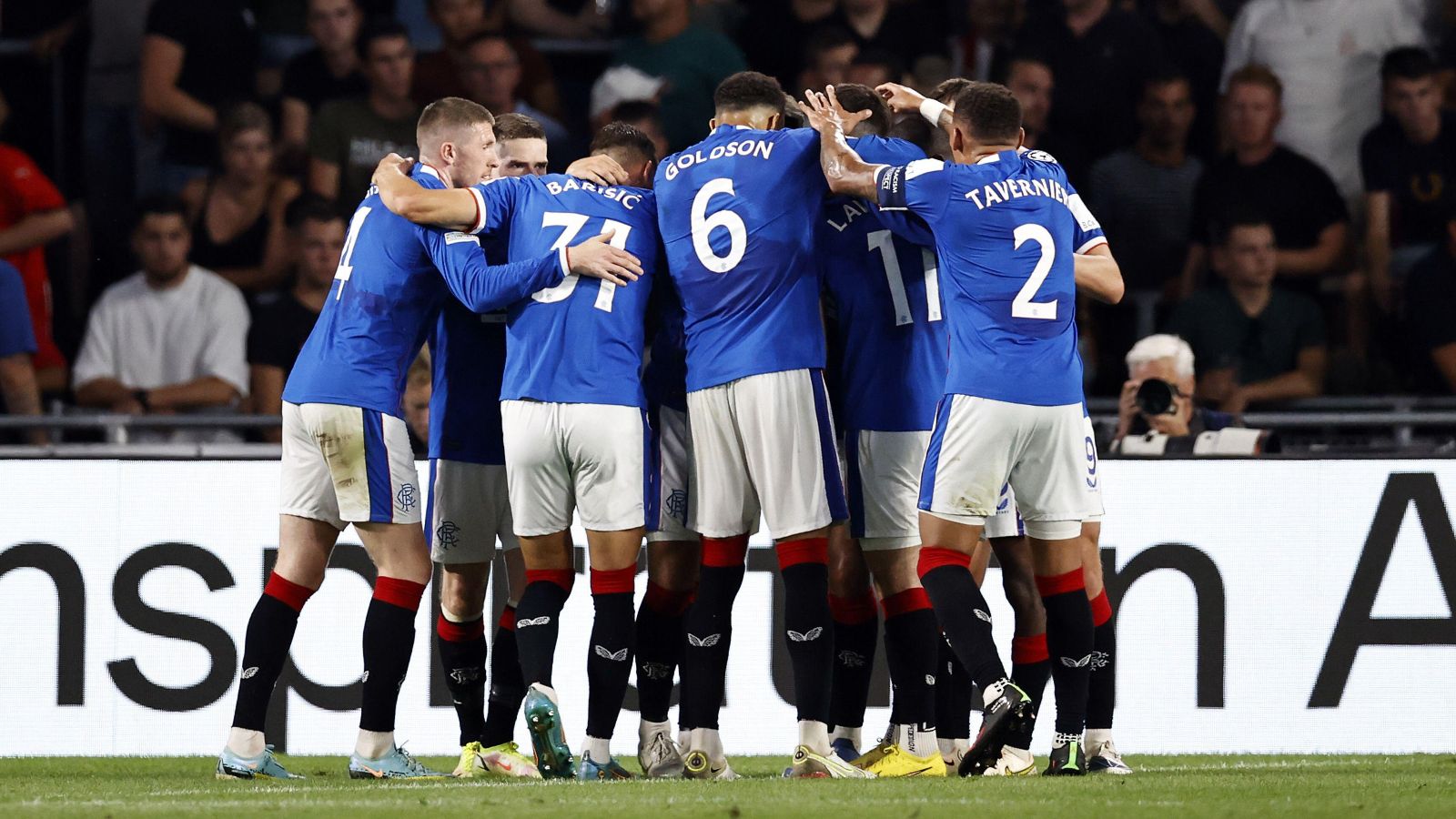 Antonio Colak’s goal in the second leg earns Rangers a place in the Champions League group stages with a 3-2 aggregate win over PSV Eindhoven.

The first leg at Ibrox finished 2-2 and the second encounter between PSV and Rangers was just as enthralling.

The tie could have gone either way before Colak scored what proved to be the winner around the hour mark. This was his fifth goal in six games.

The Croatia striker had scored twice to help loan side Malmo knock Rangers out of the Champions League qualifiers last season but he repaid his current employers and then some following his move from PAOK as his side made it to the promised land for the first time since 2010.

Rangers and Celtic will be in Thursday’s Champions League draw for the first time since 2007/08.

Most of the pre-match discussion and debate was about the absence of Alfredo Morelos but in-form Colak, who has been keeping the Colombia striker on the bench, led the line again.

The visitors showed one change from the first leg with midfielder Glen Kamara in for Steve Davis.

The Rangers boss revealed a request for the kick-off to be put back after PSV fans had surrounded Rangers’ team bus and delayed them getting into the ground was rebuffed.

The raucous home fans enjoyed the early stages where the Dutch side looked slick and confident.

However, Rangers steadied and, in a 13th-minute break, attacker Ryan Kent had a drive saved by keeper PSV keeper Walter Benitez.

The Light Blues grew in confidence and in the 25th minute, after an assured build-up, Malik Tillman set up midfielder John Lundstram who fired just wide.

PSV came back to life, however, and captain Luuk de Jong just missed a cross from Jordan Teze 10 yards from goal before the unmarked Ibrahim Sangare head a Cody Gakpo corner over the bar.

Rangers wobbled all the way to the interval.

Three minutes from the break De Jong got away from defender Connor Goldson but his close-range effort was well saved by Jon McLaughlin and just moments later Gakpo fired over the bar from 16 yards with the keeper well off his line.

Xavi Simons replaced the injured De Jong for the start of the second half and the home side resumed control.

The Light Blues struggled to break free but when they did in the 55th minute Tom Lawrence cracked the crossbar with a thunderous 20-yard drive and Rangers came again moments later with even greater effect.

When Tillman robbed the dithering Andre Ramalho inside the PSV box after the defender had taken a risky pass from keeper Benitez, he had the easiest of tasks to roll the ball to Colak to knock into an empty net.

PSV roared back with increasing desperation but after a Rangers break Benitez was forced into a good save from Tillman’s drive.

Rangers had to defend for their lives in the final stages and Philipp Max missed the target with a drive while McLaughlin made a brilliant save from Gakpo.

Scott Arfield, Scott Wright and Fashion Sakala came on and helped the visitors see out the nervy ending to get back among the big boys of European football.