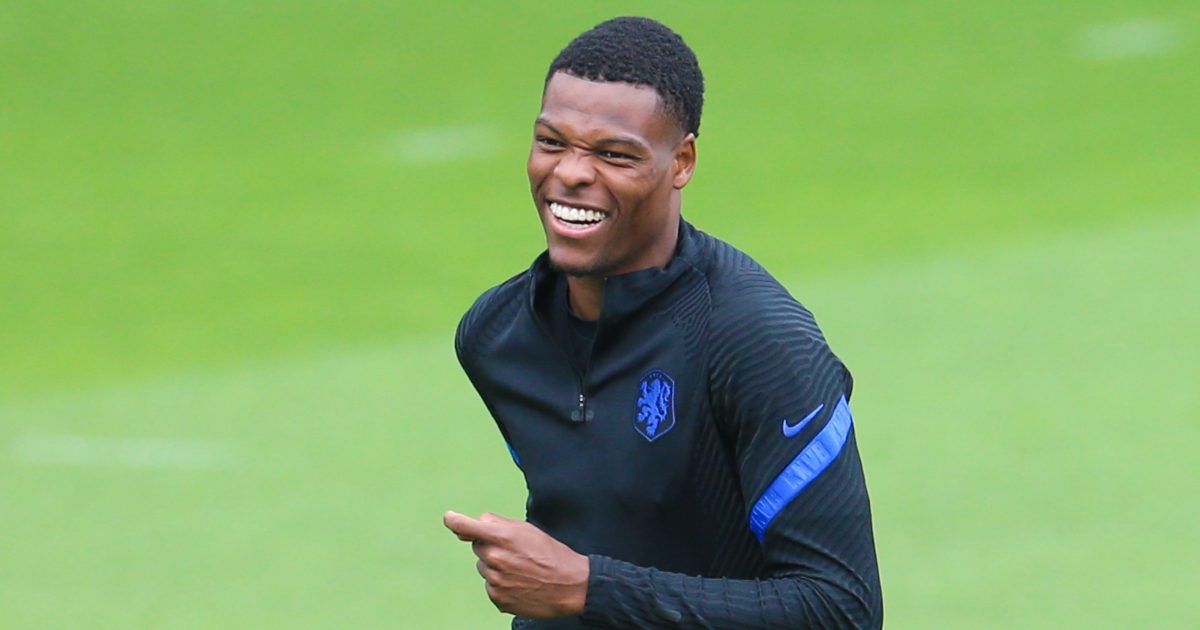 PSV manager Roger Schmidt has admitted that he expects Denzel Dumfries to leave the club this summer. He has been linked with Everton and Inter Milan.

Dumfries had spells at Sparta Rotterdam and Heerenveen before he joined PSV in 2018.

A couple of months later, the 25-year-old made his senior debut for the Netherlands.

Benitez may be antidote Everton need despite fair fan poison

The marauding full-back has been a mainstay for PSV over the past few seasons, and he has also been a key player for the Netherlands.

Dumfries impressed for his country at this summer’s European Championships. They suffered a disappointing exit in the Round of 16 to the Czech Republic but he was one of their best performers.

Both Everton and Inter Milan have been linked with the defender in recent weeks.

Now PSV boss Schmidt has fuelled talk that Dumfries will leave this summer.  He has told Dutch outlet Algemeen Dagblad that he expects Dumfries and Donyell Malen to move on:

“I no longer expect them to return to De Herdgang (PSV’s training complex) It was already clear after last season that they wanted to take a step abroad. I still expect that.

“If there is no transfer, we will look at it again. It will be a challenge in terms of fitness. That goes for Dumfries and Malen, but also for Cody Gakpo. They will only join later and will now have to stay fit individually. It would of course be good for us if they are there, then we have more options.”

Elsewhere, Paul Robinson has called for Tottenham to make a “massive bid” for Dominic Calvert-Lewin should Harry Kane leave this summer: