Vardy is "psychic", so he foresaw Arsenal's "little downfall" when deciding whether he should join. 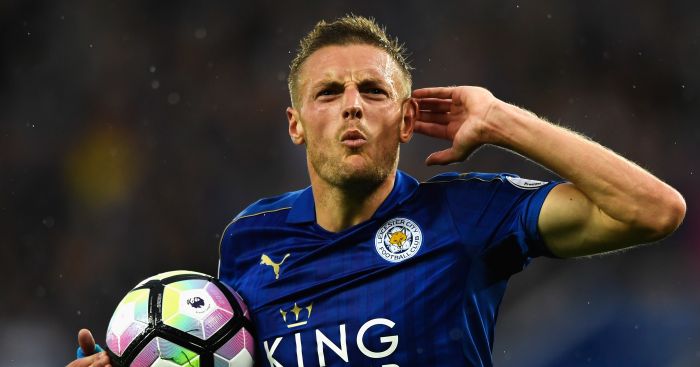 Jamie Vardy says that he foresaw Arsenal’s “little downfall” when considering whether to join the Gunners.

Vardy was a target for Arsenal in the summer of 2016, having just been crowned a Premier League champion with Leicester.

The forward had also featured for England at Euro 2016, but eventually rejected a £20m offer to join Arsenal.

Arsenal are now in something of a rut, and are currently 16th in the league, with Leicester a place above them.

Vardy insists he does not regret his decision not to move to Arsenal.

The forward could have even picked up an FA Cup winner’s medal had he joined, but that does little to persuade him he made the wrong choice.

“It wasn’t the Premier League was it? So we’re all right with that I think,” Vardy said. “I’ll never regret anything I’ve chosen to do.”

He added with a smile: “I’m a bit of a psychic, I could see the little downfall they are on now.

“They had qualified for the Champions League for the last 20 years until last year. That was something to think about.

“Leicester were also in the Champions League and on a different night at home against Atletico (Madrid) we could have gone even further.

“But there were all sorts (of reasons). Football was the main thing but moving the family when I’d just bought a house would have been a laugh – not.”