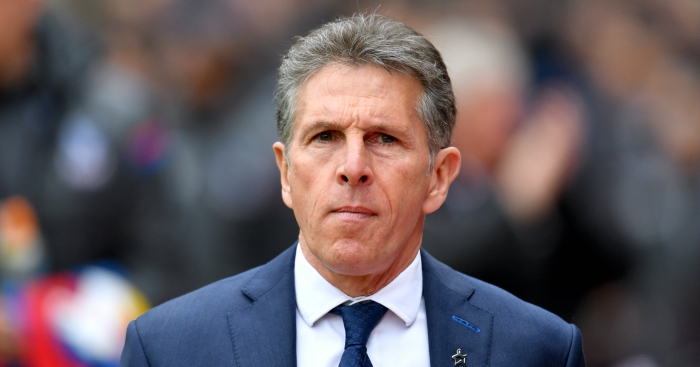 Under-fire Leicester boss Claude Puel concedes he could be a victim of the Premier League piranha but warned the Foxes to sack him at their peril.

The Frenchman is under pressure at the Foxes after just four wins in their last 19 top flight games.

Leicester are ninth in the top flight with two games left with Puel’s position increasingly under the spotlight.

“The Premier League is like a piranha club but the most important thing for me is to build for the future,” said Puel, who was only appointed in October.

“It is not possible in six months to have all the possibility to perform like a great team.

“We have to work together with patience and we can build something strong for the future.

“I am pragmatic about this. I finished eighth in the table with Southampton and we can see where they play now.

“I came into a team in difficulties. We’ll finish in the top half of the table, it can create a problem with discussion and speculation.

“Seventh or eighth is the reality.

“The Premier League, we can accept this but in my work there is no pressure because it doesn’t change my philosophy.

“I will continue to build and perform and develop young players, this is not a risk, it is my job.”

The Foxes host Arsenal on Wednesday with Puel having been given backing by the club’s King Power owners before Saturday’s 2-0 defeat to West Ham.

And the 56-year-old insisted managers need time and support to become a success.

He said: “All good managers would like guarantees, but I also think that Man City, Liverpool, Man United, etc can buy all the clubs on the planet they want.

“The other clubs must build a good collective and consistency.

“It was the way for Leicester for one season, the same for Southampton three years ago.

“Without that, it is tough. Without time to build a good squad.”