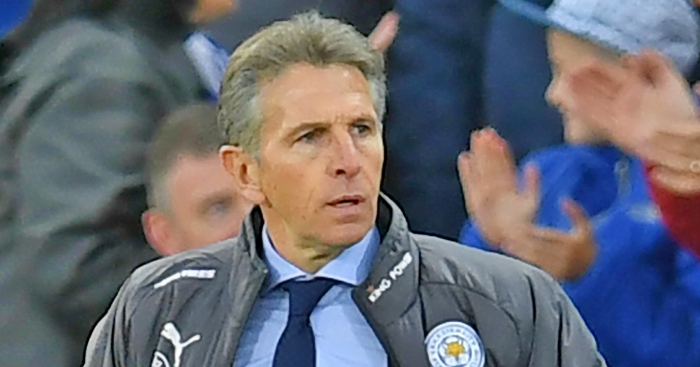 Boss Claude Puel insists he will ignore the growing frustration over his Leicester reign.

The Foxes slumped to a 2-1 defeat to Southampton on Saturday, with fan pressure increasing on the Frenchman.

James Ward-Prowse’s penalty and Shane Long’s strike earned the Saints victory, despite having Yan Valery sent off in the first half.

Wilfred Ndidi pulled a goal back, but it could not save the Foxes, who also lost 2-1 to Newport in the FA Cup last week.

Supporters are unhappy with the Foxes’ style of play but, after defeat against his former club, Puel brushed off concerns.

“I think the fans are disappointed like us,” said Puel, with Leicester eighth in the Premier League. “It is normal.

“Other things are not my concern, only to keep my concentration and focus on the team and to have the right reaction in the next game.”

“We wanted to have a good reaction and response after our FA Cup game. The players were focused before the game with good concentration, perhaps a little too nervous and we showed this feeling sometimes in the first half.”