Home All The News Puel on Maguire: ‘I can confirm he is going to Manchester…’ 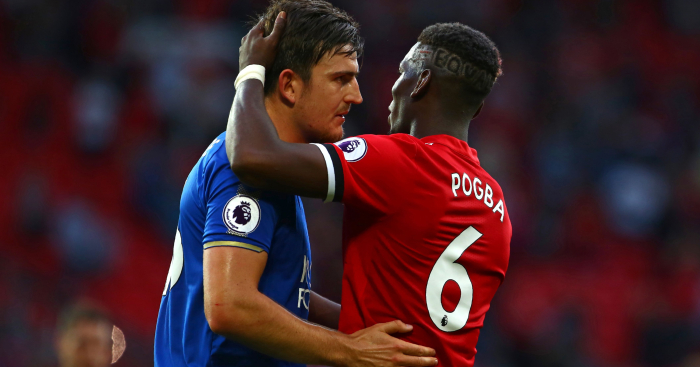 Claude Puel has confirmed Harry Maguire is on his way to Manchester United – for Leicester’s Premier League opener on Friday night.

Maguire is thought to be United’s number one transfer target as they look to sign a central defender ahead of today’s transfer deadline.

Discussions have reportedly taken place between the two clubs regarding the 25-year-old, who starred for England at this summer’s World Cup as Gareth Southgate’s side reached the semi-finals.

Asked about United’s interest, Leicester boss Puel joked with the media at his pre-match press conference on Thursday.

He said: “I can confirm he is going to Manchester – but only for a couple of hours!

“We lost Riyad Mahrez, who was a very valuable player for us, so it was important to keep our best players and have good additions to the squad.

“We have to prepare for this season with good possibilities.”

It has been reported that it would take a world-record bid for a defender, exceeding the £75million Liverpool paid Southampton for Virgil van Dijk, to even tempt Leicester to sell Maguire.

When that was put to Puel, the Frenchman maintained his stance.

“We will see what happens in his future but I am happy to keep Harry with us and I’m happy with his attitude in general. He has had a good mentality and spirit,” he said.

“We have had good talks with Harry and with the chairman and we cannot change things just before the first game of the season and just before the end of the transfer window.

“For us it is not possible. It is not serious.”

The 21-year-old has signed a five-year contract at the King Power Stadium, subject to the deal being given international clearance.

Puel said: “Filip is an exciting young player who has the potential to develop even more at Leicester City Football Club.

“He has made a big contribution to Dinamo Zagreb over the last three years and has also benefited from experiencing European football.

“I know he will give us some great options and competition in the squad and I’m delighted to have him here.”