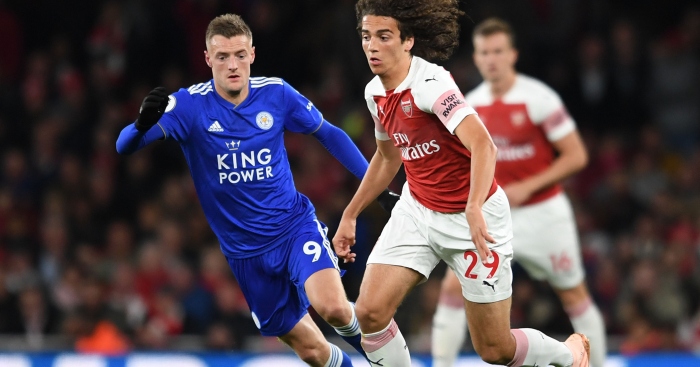 Claude Puel has explained why Jamie Vardy left the pitch in a hurry during Leicester’s defeat to Arsenal.

The Foxes were beaten 3-1 despite taking a first-half lead.

Arsenal were hugely impressive during the second period but Puel was left frustrated the Foxes were not awarded a first-half penalty for a handball by Rob Holding.

Puel also felt the defender should have received a second yellow card for the offence.

“I think of course we deserved another result, we played a brilliant first half, a fantastic performance with good quality, discipline and structure,” said Puel.

“In this game all the bad moments went against us.

“It was a penalty and a second yellow card (for Holding). This could change the game of course.”

Puel confirmed striker Vardy was removed late on due to a stomach bug as Leicester finished the match with 10 players on the field.

The Foxes boss then joked Vardy could not stomach the Holding penalty decision going against his team.

“He couldn’t digest the penalty decision!”