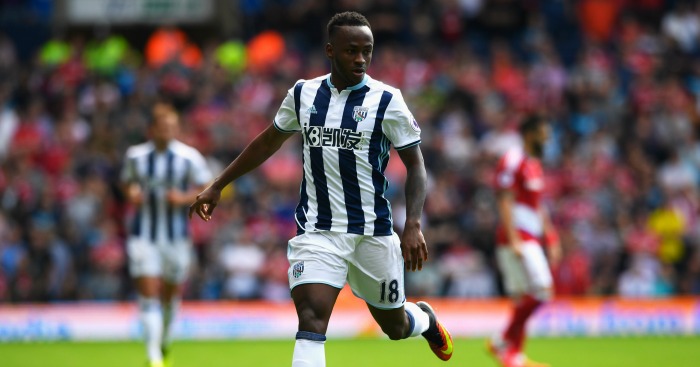 The Baggies are keen on offering the 23-year-old new terms with his deal expiring at the end of the season.

There is a desire from new chairman John Williams to show Berahino how he could star in the new era at The Hawthorns after they were bought by Chinese businessman Guochuan Lai this month.

Talks with Berahino are part of the club’s plans to tie down their players with Jonny Evans and Darren Fletcher also in line for new deals.

Albion initially shelved contract discussions with the striker in 2014 after he was accused of drink driving, which he pleaded guilty to in January 2015.

Nothing is on the table for the former England Under-21 forward but boss Tony Pulis would welcome any progress.

“It’s only my opinion but it would be brilliant for Saido,” he said, ahead of Saturday’s Premier League trip to Sunderland.

“He’s had a couple of years – four or five transfer windows of uncertainty and that has affected him.

“For him to settle down and sign a new contract would be brilliant for everyone concerned at this football club and personally, for him as well.

“That’s important as anything else. I’m sure Saido will come and see me at some stage.”

If Berahino signed a new deal it would represent a u-turn after he threatened to strike in 2015 when the club turned down several bids from Tottenham.

Crystal Palace and Stoke made bids of £20million this summer but Albion refused to sell as they failed to find a suitable replacement.

He scored just four league goals last season with Pulis continuing to insist his mentality was not right after netting 20 times in 2014-15, earning a call-up to the England senior squad.