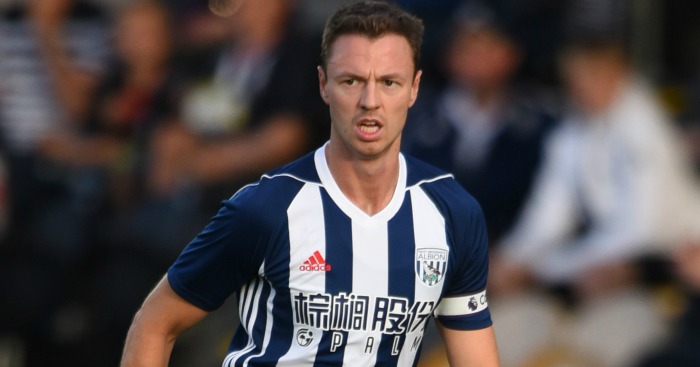 The Baggies want to tie the defender down after they rejected bids from Leicester, Arsenal and Manchester City in the summer.

Evans penned a four-year deal at The Hawthorns when he signed for £6million, rising to £8million, in 2015 from Manchester United.

West Brom were looking for over £30million in the summer if they were to even consider a sale.

The defender will face Leicester on Monday for the first time since their interest became known, but Pulis is content with the situation regarding Evans.

“There was a bid they (Leicester) put in and it was left to the club, as it was with Arsenal and Manchester City. We get on with it. Would Jonny have gone to Leicester? I don’t know, you’d have to speak to Jonny. Would the club have accepted it? Obviously not so there’s nothing else to talk about.

“The window affects players, it affected him and (Nacer) Chadli. It’s something they’ve decided to bring forward so it’ll only affect them a little bit less.

Albion are winless in their last five Premier League games as they go to Leicester, and will be hoping to have Salomon Rondon available after he only returned from international duty with Venezuela on Saturday.

Rondon scored his first league goal of the season in the 2-2 draw with Watford last month and has netted twice in four previous games against Leicester.

Pulis added: “We gave him a couple of days’ grace because of his family (to see them). That was important for him.

“He needed that goal, he’s got it and he’s done well against Leicester when we’ve played.”