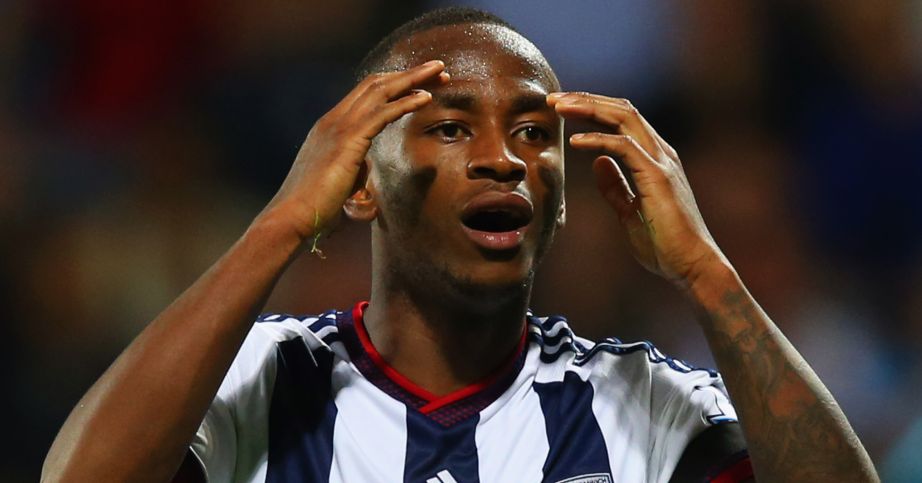 West Brom manager Tony Pulis expects Saido Berahino to play for the club again – but has told him to “grow up and wise up”.

Berahino was the subject of several bids from Tottenham during the transfer window and attempted to force through a move, first by submitting a transfer request and then with a tweet in which he threatened “I can officially say I will never play (for club chairman) Jeremy Peace”.

He was granted a period of leave – during which he won few friends by tweeting a picture of himself on a private jet – but is due to return to training on Monday and manager Pulis then plans to speak to the player and his mother over dinner.

Pulis has not selected Berahino since August 15’s draw with Watford due to concerns over the 22-year-old’s state of mind. According to reports, the Baggies boss was happy to sell him to Tottenham.

He now faces the difficult task of reintegrating a player who appeared more than ready to burn his bridges and – while he accepts Berahino’s desire to develop at the top level – he admits the striker will have to work hard to win over both team-mates and fans.

Pulis told the Daily Mail: “Saido wants to test himself at the highest level, to push himself to his limits, against and with the top players in this country. Every sportsman should be allowed the opportunity to better themselves in life, to be ambitious and not to settle for the comfort zone. Saido’s problem has been how he he’s gone about it, and how he has been manipulated into situations that have put him in such a bad light.

“Respect has to be earned and Saido has to learn that lesson. West Brom have nurtured Saido’s career for over a decade, the people in the club and on the terraces have supported him, and given him the platform from which he stands today.

“They deserve the utmost respect and at times unwillingly he has shown them little. Do I think he’s meant it? Of course not, but he has to grow up and wise up to the fact that people at West Brom have supported him right from the beginning of his career.

“I spoke to Saido and told him not to get involved in anything else but football, but again – unfortunately – he didn’t listen. By handing in a transfer request, he only antagonised the whole situation.

“Saido listens to the last person who speaks to him and does things that are not reflective of him. He also brought his mum in one day to have a meeting with Jeremy and I don’t think that helped.”

Regardless of those difficulties, Pulis is adamant Berahino’s threat to down tools will not come to pass and that his differences with Peace are separate from footballing concerns.

“His gripe is with Jeremy – as far as I’m concerned, he will play for West Brom again,” he said.

“I don’t think he will talk to Jeremy. The problem is that he thinks he is being used.

“If you look at the club, Jeremy has sold players when it has suited him. Look at Shane Long, he sold him (to Hull last January) at a time when the club was left without a recognised forward. I think Saido thinks (Peace) is just looking at finances all the time.”

Berahino scored 14 Barclays Premier League goals, and 20 in all competitions, last season but has played just twice so far in the new campaign, without finding the net.

He earned his first call-up to the senior England squad in November for games against Slovenia and Scotland.