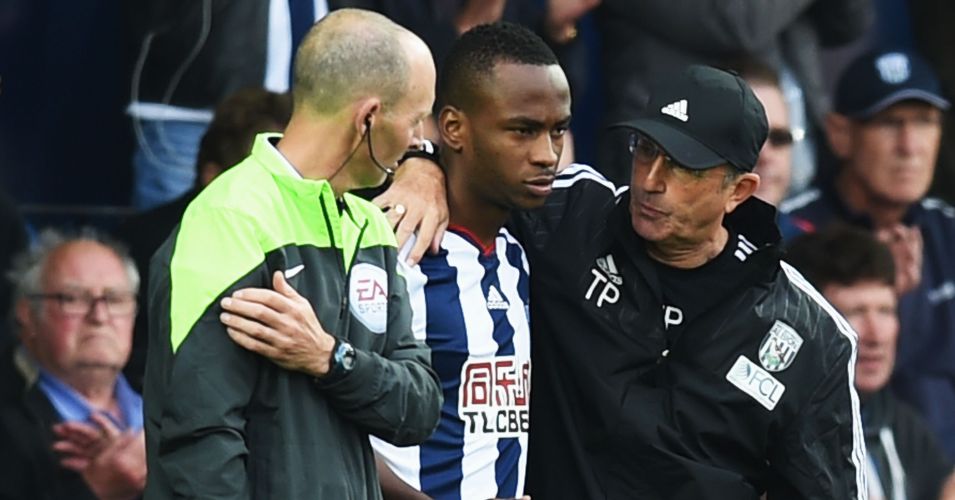 Tony Pulis has challenged Saido Berahino to earn an England recall, but the boss admits West Brom may face another transfer battle in January.

The striker scored his first goal of the season to clinch a 1-0 win at Aston Villa on Saturday to complete his Baggies recovery.

He returned to the starting line-up for the first time since threatening to strike after Albion rejected two deadline day bids from Tottenham.

Berahino had been left out of three squads by Pulis during the transfer saga before making a second-half substitute appearance in last week’s 0-0 draw with Southampton.

The England Under-21 international, who scored 20 goals last term, earned a call-up to Roy Hodgson’s squad last year but is yet to make a senior appearance and Pulis believes he can bag a Three Lions return ahead of Euro 2016.

He said: “I don’t see any reason why not. He’s got that special talent for scoring goals and he’s shown it again today, with his reaction. It’s a clever goal, and he meant it.

“I think he’s got to get back in our team first and do well before we start pushing him.

“We’ve got to support him and make sure we get him back to where he was at the end of last season when he was scoring goals.”

But Pulis admitted another transfer battle could happen again in January after the Baggies rejected four bids from Tottenham and turned down a transfer request from Berahino over the summer.

He said: “Let’s see how we go in the next 15 games. I don’t know what’s going to happen in January. What I do know is we’ve got him concentrating and level-headed again having lost him for six weeks.”