Home All The News Pulis will not quit, wants Schlupp and four more 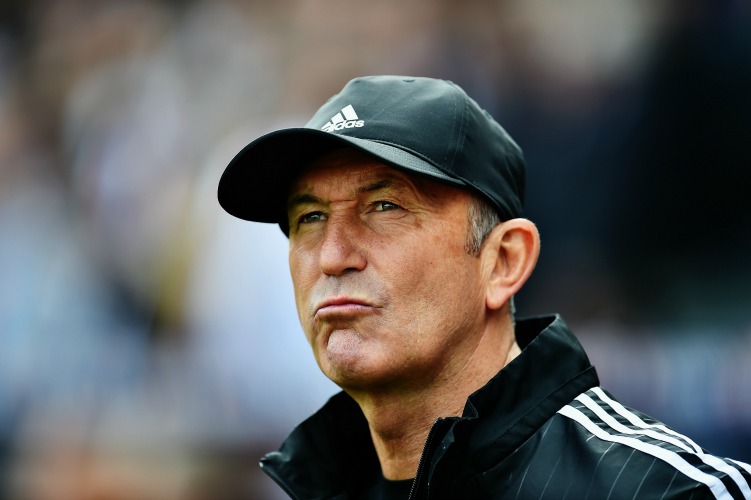 West Brom boss Tony Pulis vowed he will not quit the club despite their transfer troubles but admitted he has been given no assurances over his future by the new owners.

The Baggies chief is after five new players in the final two weeks of the transfer window as the club look to finally sell Saido Berahino.

The club are prepared to let Berahino leave for £20million – with offers from Stoke and Palace on the table – but only after bringing in a replacement, having pulled out of a deal for West Ham’s Diafra Sakho as he was not fit enough.

But Pulis, who walked away from Palace on the eve of the 2014-15 season after a disagreement in their transfer policy, insisted there will be no repeat.

“No, it’s not a case of walking out or anything else,” he said. “My aim is to try and get over the next two weeks five players in that will make a difference to this team.

“The players have been sat there waiting for new players to come in. They’ve worked incredibly hard here in the summer. They’re a good group of lads.

“They’re waiting as well, the important people at the football club are the players. They’ve been waiting for new faces.”

But Pulis admitted he could not be sure on his future following the takeover.

He said: “What if he (owner Guochuan Lai) sacks me? You don’t know. That’s a question that remains to be seen and to be answered.

“As far as I’m concerned I’ve got a job to do, I’ve got a year left and I’m really determined to try and get these players in which is ever so important for the club.”

Defender James Chester is on the verge of joining Aston Villa and Pulis hopes the new owners will give him the backing he needs.

He said: “We’ve got players in mind, and we’re hoping that we can get some. Just look at the back end of last season, we’ve lost four senior players, we sold Chester, and we’ve brought one in.

“We’re well behind the game in that respect. We do need to start to get on the front foot. The club has been stagnant for a while, new owners you hope and pray they’ll give you the backing to push this club on.”

The Baggies have made a renewed bid for Leicester winger Jeff Schlupp amid reports he had been removed from the champions’ squad for their Premier League opener at Hull on Saturday.

They have had two bids rejected for the 23-year-old but are understood to still be in the hunt for the player who has failed to establish himself in Claudio Ranieri’s first-choice line-up at the King Power Stadium.

The move has the blessing of Albion’s new owners, and the financial package is not believed to be a problem for them.

Leicester were unavailable for comment on reports that Schlupp had been withdrawn from the squad to face Hull as a result of the renewed speculation over his future.

Schlupp, born in Germany but capped at international level by Ghana, is a product of the Foxes’ youth academy. He signed a four-year contract with Leicester in June 2015.