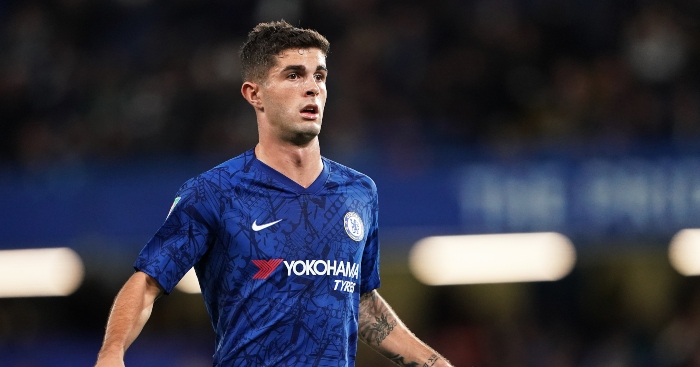 Christian Pulisic will be better than Eden Hazard if he stays at Chelsea for more than five years, claims Tony Cascarino.

The American has already earned comparisons to Hazard, the man he effectively replaced, for his decisive impact from the wing.

Hazard left Chelsea for Real Madrid in a big money move last summer. By the time his seven-year stay at Stamford Bridge came to an end, the Belgian had scored more than 100 goals for the Blues.

Hazard won the Premier League twice with Chelsea, as well as the FA Cup and League Cup once each. He finished his Blues career with Europa League glory for the second time, meaning he won six trophies in total at Stamford Bridge.

Despite Hazard’s reputation as a modern day great for Chelsea, though, Cascarino thinks Pulisic – who scored the same number of league goals in his first season as his predecessor did – could have the edge over him.

“I keep thinking: ‘Was Hazard as good as Pulisic has been?’ Pulisic has been out of the team at times through injury, he was brilliant in the Super Cup against Liverpool, but I think he has progressed into a player.

“He has got nine Premier League goals as well this season. I think Pulisic is going to be one hell of a player.

“He has got one advantage over Hazard, because Hazard was at Chelsea for a long time and over those years there were a few dips and sometimes he looked out of shape. Pulisic is a total pro, everything about him is professional.

“His pathway has been planned, from his parents down to him. The clubs, to get him to the Holy Grail of the Premier League, it’s all been programmed in a bit like an android, robot sort of form.

“Boy is he dangerous. If he stays in England for five, six, seven years for Chelsea, I think he’ll prove to be better than Hazard, and that’s a big call.”