Home All The News Pulisic reacts to £57.5m transfer to ‘legendary’ Chelsea 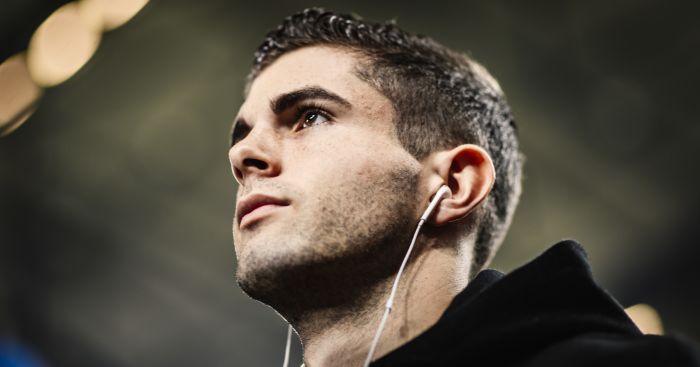 Christian Pulisic says it is a “privilege” to complete his move from Borussia Dortmund to Chelsea.

The German club announced on Wednesday morning that Pulisic would swap Dortmund for west London in the summer but will stay at the Bundesliga side on loan until the end of the season.

Chelsea will reportedly pay £57.5million for the United States international, who has scored three goals in all competitions so far this term.

Pulisic’s contract with Dortmund was due to expire in 18 months, but he has now completed his move to Stamford Bridge.

“In summer I move on to Chelsea and to a new competition, the English Premier League,” Pulisic told Chelsea’s official website.

“It’s a privilege to have signed for such a legendary club and I look forward to working hard towards being a contributor to their team of world-class players.”

Chelsea director Marina Granovskaia added: “We are delighted to have signed one of Europe’s most sought-after young players.

“Christian has shown his quality during a fantastic spell in Germany and at just 20, we believe he has the potential to become an important Chelsea player for many years to come.

“We look forward to welcoming him to Stamford Bridge in the summer and wish him and Dortmund every success for the remainder of the season.”

With the youngster moving to Stamford Bridge, it looks more likely that Eden Hazard could be on his way out in the summer.