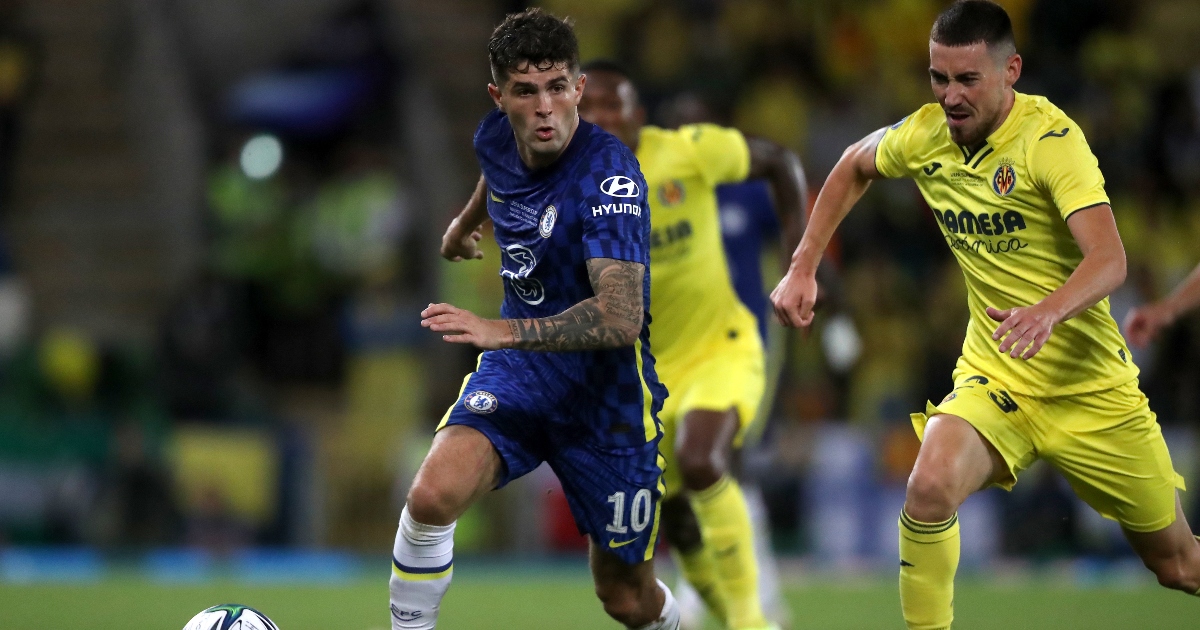 Christian Pulisic will be absent from Chelsea’s trip to Arsenal in the Premier League on Sunday after testing positive for Covid-19.

The USA forward missed Chelsea’s open training session on Wednesday, and is not available for Sunday’s game at the Emirates Stadium due to self-isolation.

Hakim Ziyech and N’Golo Kante are both back in training, and could yet prove their fitness in time to feature in the north London derby.

“Christian’s absence is unfortunately pretty easy to explain, he had a positive test, and needs to follow the protocols,” said Tuchel.

“So he was not in training and is not available for the game.”

Ziyech suffered a nasty-looking shoulder injury in Chelsea’s penalty shoot-out European Super Cup win over Villarreal, while Kante has been out of action with an ankle issue.

But both influential Blues players will now have the chance to prove their match fitness in Saturday’s training session ahead of the Arsenal clash.

Chelsea opened their new Premier League campaign with a resounding 3-0 home win over Crystal Palace last weekend, and will be hoping to extend that impressive start.

“But they need another more physical, intense training session tomorrow with the team.

“We can decide after that, but right now it seems very positive that both can be in the squad for Sunday.”

On facing Arsenal, Tuchel added: “We had a pre-season match where we could see the energy that this derby can produce in this stadium. It’s always a tough one, it’s always a tight one.

“They had a rough start and from their perspective it can be a help that a big rival from within the city arrives now and it can create a situation where they stick together and try to win their crowd over with a strong performance so we should be absolutely prepared for the best Arsenal possible.

“At the same time, we need to do what we need to do, push the standards to the limits on Sunday and let’s see where our limit is and look for an intense game. Look for rhythm and a confident game on and off the ball. Anything else but a tough game would be a big surprise.”