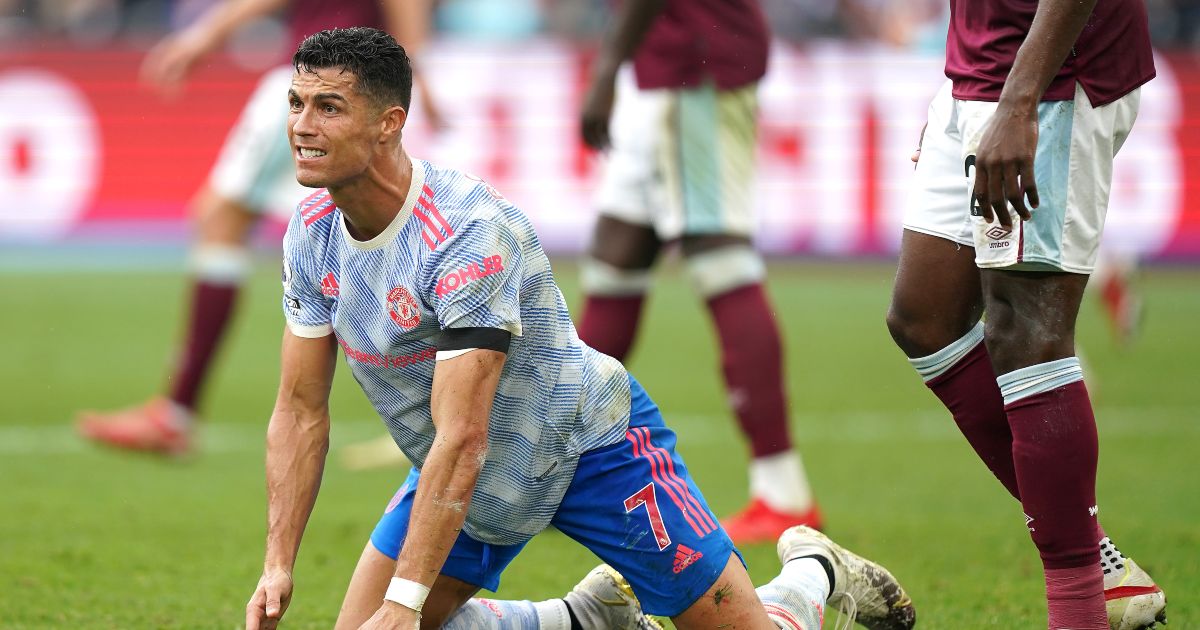 Man Utd forward Cristiano Ronaldo “dived” to win a penalty win in their 2-1 victory over West Ham on Sunday, according to Jamie O’Hara.

A late goal from Jesse Lingard rescued all three points for the Red Devils at the London Stadium after Ronaldo had cancelled out Said Benrahma’s first-half effort.

Ronaldo tried to win a penalty to make the scoreline more comfortable for Man Utd but replays showed he was on his way down before the contact came from Chelsea defender Kurt Zouma.

Rangers legend Ally McCoist claimed that Ronaldo was right to go down and that Zouma had made a clumsy decision to dive in.

“It’s a penalty,” McCoist said on talkSPORT. “It is a penalty. Zouma dived in. Your natural instinct as a player is to protect yourself. Zouma is late. It’s a rash challenge. It’s a penalty.”

But O’Hara was having none of McCoist’s claims and accused Ronaldo of diving to win a penalty for his team.

O’Hara hit back: “The contact is there because he’s anticipated Zouma coming in. Just take the tackle. Zouma dives in. Take the tackle and then it’s a penalty. The fact that you go down before you feel the contact, you’re diving.

He added: “That’s not a penalty. He’s running at pace. Yes, he’s pushed it past Zouma but if you look closely and watch from all angles, he’s already on his way down.

“He’s dived. He’s looking for the penalty. Yes, Zouma is late. If he pushes it past him and then just takes the contact, then it’s a penalty, but what annoys me with Ronaldo in that one is that he’s already looking for it.

Ole Gunnar Solskjaer agreed with McCoist and thought Man Utd should’ve been awarded a penalty for the challenge by Zouma on Ronaldo.

“The first one and the third one, I think they are stonewall and you can’t even argue against them,” Solskjaer said.

“The first one, the lad puts his foot out and Cristiano runs straight.

“And why is Cristiano’s third appeal not a penalty? I hope it won’t be ‘Cristiano is never going to get a penalty’.”