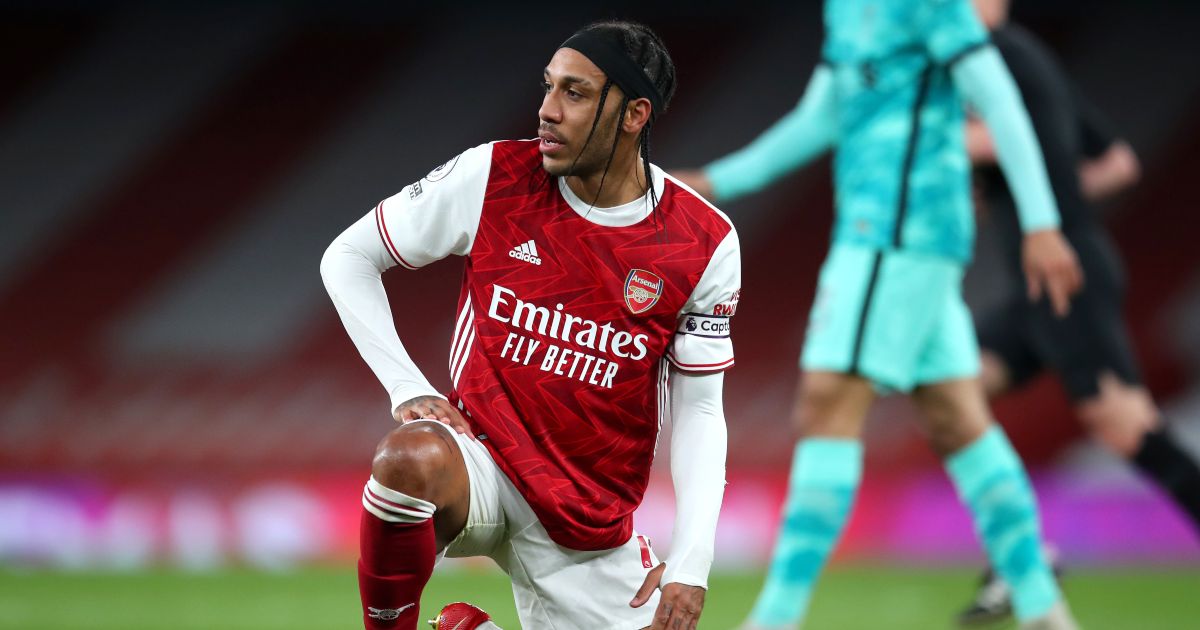 Pierre-Emerick Aubameyang is turning into a “second Mesut Ozil” at Arsenal, according to former Chelsea forward Tony Cascarino.

The Gabon international blanked for the fourth Arsenal match on the bounce as the Gunners lost 3-0 to Liverpool on Saturday evening.

Aubameyang has only scored nine Premier League goals in 25 appearances this campaign, well down on his 22 goals in 36 appearances last season.

His form has taken a dive since he signed a new long-term deal in the summer and Cascarino sees parallels between Aubameyang now and Ozil during his final couple of years at Arsenal.

“He does frustrate me anyway because I do think he’s one of those players where I look at him and think ‘your numbers, are they an illusion?’ Because that is the only argument.

“I remember having a conversation about Aubameyang and the only debate and why you always get concerned about being critical of him, his numbers tell you he’s a great striker and gets lots of goals but to me I just don’t see a team player there. I just don’t.”

Cascarino added: “Christophe Galtier at Lille, he’s the manager. I was with him at Marseille. He had Aubameyang at Saint-Etienne and his goal ratio was one in two or close to one in two.

“He played at Monaco, he played for a few French clubs in his career and there has always been a bit of a myth about him, I say a myth but, a lot of people have never quite known [about him], well, everyone knows he’s a great goalscorer. He always gets a good return but they have never quite known how good of a player he really is.

“I think he’s, how do I say this, the numbers guy with the best goal stats, or one of the best, but he’s actually the worst player than a lot of other goalscorers.

“You get all these goalscorers, like [Sergio] Aguero gets goals and [Jamie] Vardy gets goals, and many others but I think he’s a far worse team player than any of them.”