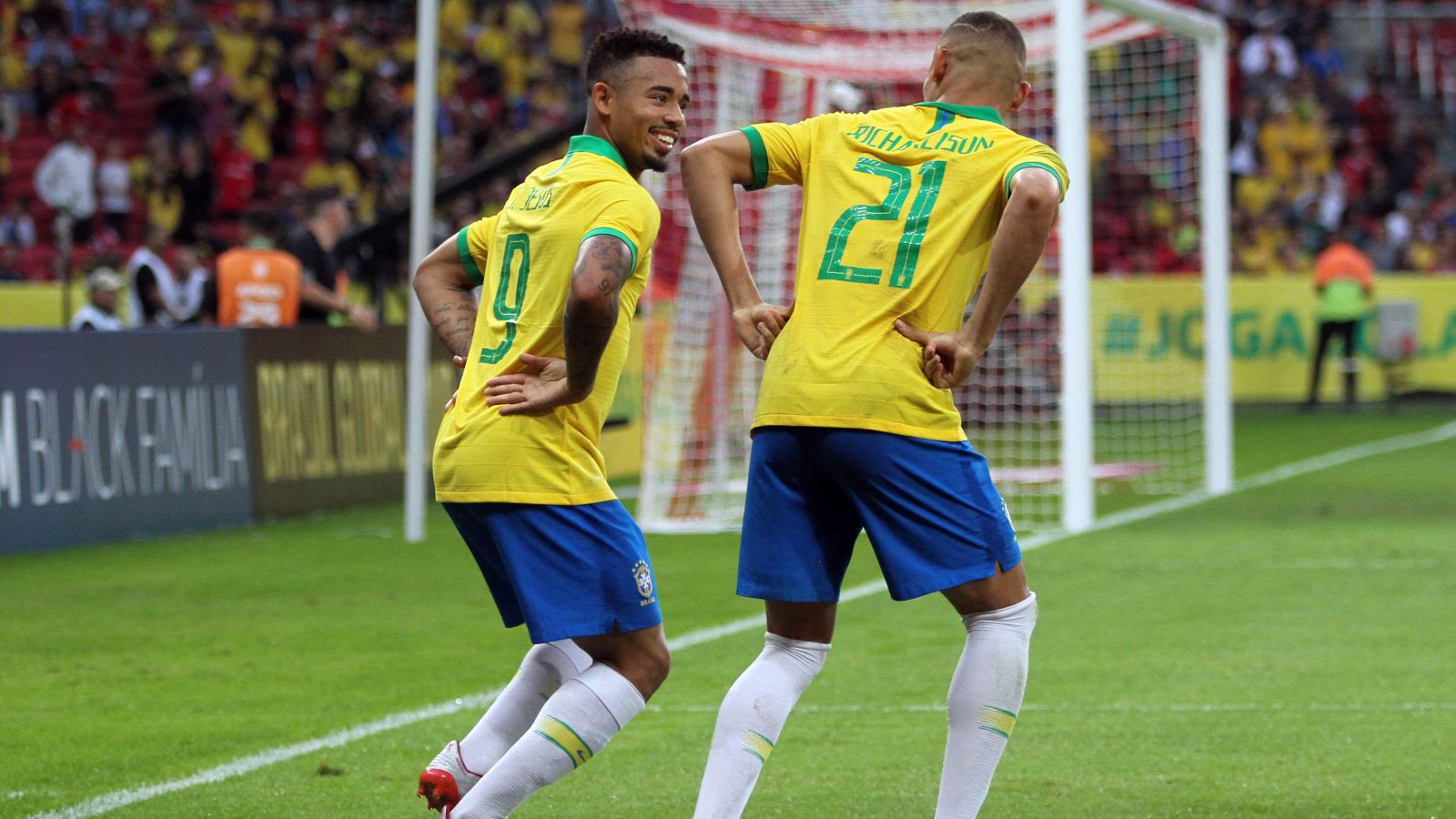 Arsenal are getting a better deal by signing Gabriel Jesus than Tottenham are by bringing in Richarlison, according to former Chelsea striker Tony Cascarino.

Spurs confirmed earlier this week that they had signed Richarlison from Everton in a deal worth a reported £60m with their forward line now looking even more devastating for next season.

Jesus is yet to be officially unveiled as a new Arsenal player but widespread reports insist it is just a matter of when, not if, a deal will be finialised.

There has been a lot of debate amongst fans of the north London rivals as to who has got a better deal this summer and Cascarino has given his verdict.

“I think Gabriel Jesus ticks a lot more boxes and they’ve got him at a better price,” Cascarino told talkSPORT. “If you said to me now who will get the most goals, I’d say Gabriel Jesus would get more goals than Richarlison for Tottenham.

“And he’s more versatile than Richarlison. Gabriel Jesus has played left wing right wing and centre forward for Man City. He’s got an incredible work ethic. He plays every time I watch him like Richarlison did at the end of the season.

“I’d love to see Richarlison be the player he can be and get all of the other antics out of his game and become a far more complete player.”

And former Arsenal striker Kevin Campbell thinks it’s about time Jesus was “the main man” at a club after being in and out the team under Pep Guardiola at Manchester City,

Campbell told BBC Radio 5 Live’s Football Daily Podcast:”I think Gabriel Jesus is a world-class player, although he wasn’t utilised enough as he could have been.

“But a good gauge is that when the big games came around he played, Liverpool at home, Liverpool away, the Champions League, he played, he started and he usually assisted and scored. I think it’s time for him to be the main man, Mikel Arteta has worked with him, he knows what type of player he is.

“A lot of clubs were in for him, Champions League clubs were interested in him, but the work and connection that Arteta has with him has won the day, and he’s coming to Arsenal, which is great.”