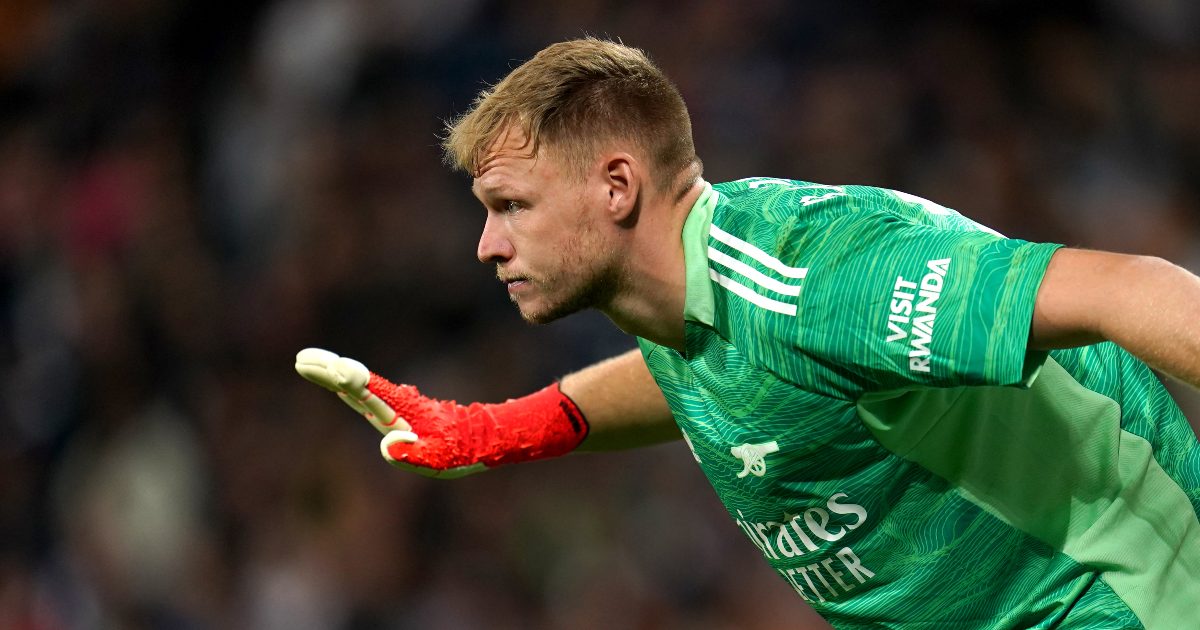 Danny Mills has insisted that Mikel Arteta must select one number one for Arsenal this season as otherwise, it is “unnecessarily disruptive” for their defence.

Arsenal were keen to sign a new goalkeeper this summer to provide competition for Bernd Leno.

They got their wish as Sheffield United goalkeeper Aaron Ramsdale joined the Gunners. The shot-stopper joined the club for around £24m from the Blades.

Leno has started the season as the club’s number one in the league. They have had a poor start to the campaign as they have lost their first three Premier League games.

The Gunners have conceded nine goals in the process and they are yet to score themselves.

Ramsdale made his debut for Arsenal in the Carabao Cup against West Brom. He kept a clean sheet as they won 6-0 at The Hawthorns.

The Englishman has reportedly “told friends he will replace Leno in goal for Arsenal’s next game against Norwich” this weekend.

Mills has told Football Insider that it is “disruptive” for Arsenal not to stick to one first-choice goalkeeper:

“I don’t like it where you’ve got to number one-and-halfs.

“You get that understanding with your defenders, you build that relationship. You know what you’re goalkeeper is going to do, where his position is likely to be when a cross comes in, you know where he is likely to throw and kick the ball. All these tiny little details.

“If you keep chopping and changing it’s unnecessarily disruptive.”

David Seaman has claimed that Arsenal’s players deserve criticism for the club’s disappointing start to the season:

“The players haven’t turned up, even towards the end of last season.

“I know Arteta was getting a lot of stick but the players weren’t turning up and I was like, ‘hang on, these guys are getting away with murder;’, because there’s not a lot being said about them and they’re not performing to their best.

“I went to the Chelsea game and I was like, ‘oh God they’re way ahead of us at the moment’.”