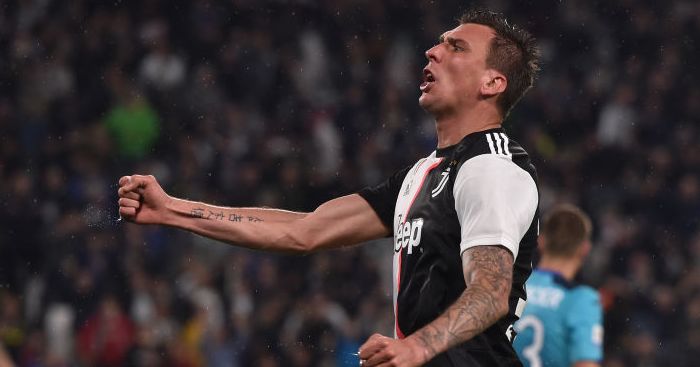 Mario Mandzukic will be a “hit” if he completes a move from Juventus to Manchester United this January, according to Steve Nicol.

The 33-year-old is yet to feature under Maurizio Sarri in Italy this season, only making the matchday squad as an unused substitute in three of seven Serie A games.

United briefly contemplated signing Mandzukic from Juve in the summer to bolster their attacking ranks, before opting against a deal.

And Tuttosport claimed on Thursday that the Croatian will join United on January 1 after the Premier League club ‘reached a verbal agreement’ over the transfer.

And former Liverpool defender Nicol reckons Mandzukic would provide something United have been lacking this season.

“I think it happens and I think it’s pretty much signed and sealed as well,” Nicol told ESPN FC. “So yeah I don’t think there’s any question this is a hit.

“It’s something that United need but let’s be honest, it’s going against all the nonsense they gave us at the start of the season about youth – yeah right. Mandzukic, an old campaigner, experienced. He will come in for a short period of time and do a good job.”