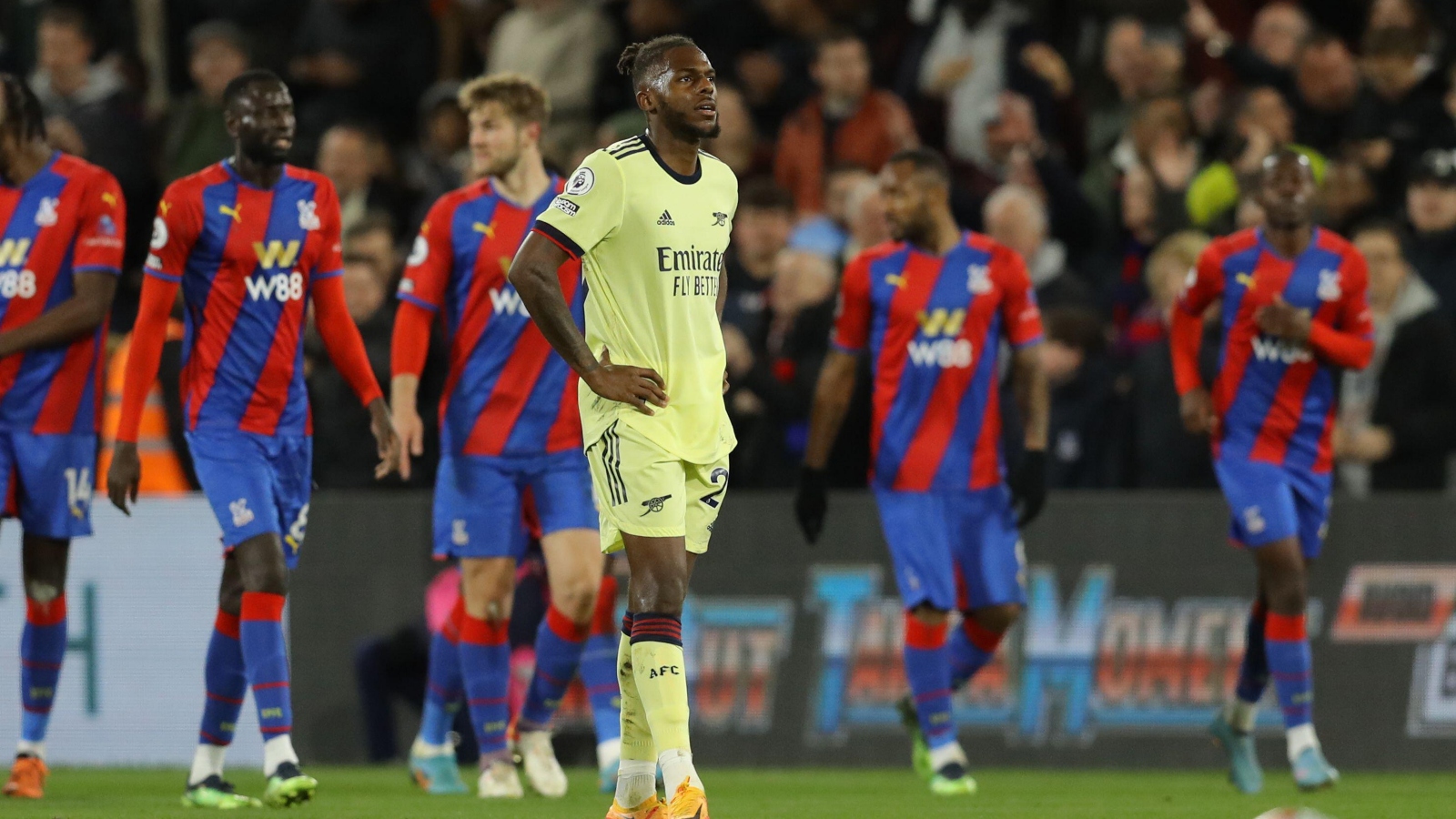 Gabriel Agbonlahor believes that Arsenal left-back Nuno Tavares will struggle to get back into Mikel Arteta’s team due to his poor form.

The Portuguese has played 21 times for the Gunners across all competitions after signing from Benfica for around £8m last summer.

Premier League is only ‘best’ if ‘best’ means ‘richest’

He came into the starting XI as Arsenal lost 3-0 at Crystal Palace, but was taken off at half-time with his side two goals down.

In January’s FA Cup loss to Nottingham Forest, Tavares was hauled off 35 minutes in after a dismal start to the match.

With Kieran Tierney out for the rest of the season, Arsenal manager Arteta may have to look to the young defender to fill in for the Scotsman.

However, Agbonlahor does not think Tavares will play again this campaign after greatly struggling in recent months.

“Tavares, I don’t think he’ll play again,” Agbonlahor told Football Insider. “He’s been dragged twice at half-time in the last couple of months. He didn’t look very good at all against Palace.

“But Xhaka can’t play left-back. He’ll be targeted by teams for his lack of pace.

“There are some problems in there for Arsenal. Thomas Partey went down with what looked like a bad one. If you’re going down with muscle injuries at this stage of the season you might not play again this season.

“It’s a bit of a headache for Arsenal. This is where they need to show what they are made of. It’s going to be a very fascinating race to see who gets into the top-four.”

Meanwhile, Arsenal legend Paul Merson has admitted that he ‘feels for’ Tavares.

He said: “Nuno Tavares had one of them games at left-back, but it’s hard when you’re out of the team for so long. You’re not really playing football – you’re just training. Even playing in the U23s, it’s not the Premier League.

“To come in and say: ‘Right, play in this game’ – you feel for these players. No matter how much you train, it’s not the same as playing.”