Home All The News Pundit calls for West Ham to ‘cash in’ on Rice; ‘Throw money’ at Lingard 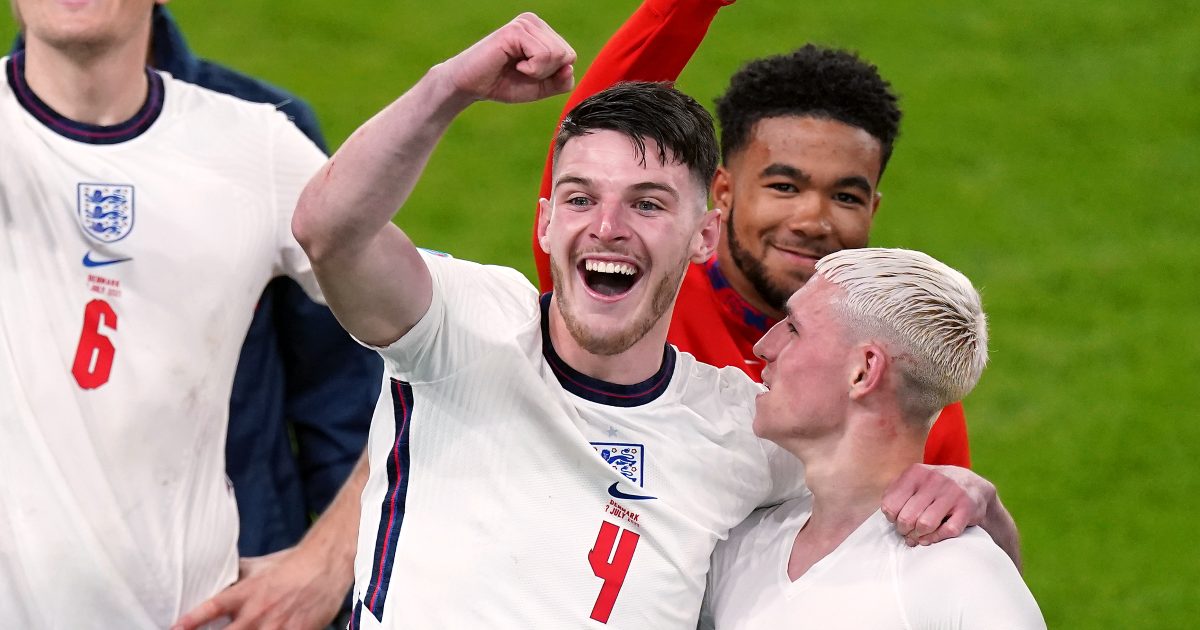 Former Premier League forward Kevin Campbell believes that West Ham “will cash in” on Declan Rice so they can “throw a lot of money” at an attacker like Jesse Lingard.

Rice spent time at Chelsea as an academy player before he joined the Hammers in 2014.

He made his senior debut for West Ham at the end of the 2016/17 season and he has not looked back since.

The midfielder has already played 145 times for David Moyes’ side. Last season he was a key figure as they secured a sixth-place finish in the Premier League.

After decided to switch allegiance to play for England over the Republic of Ireland, Rice made his debut for the Three Lions in 2019. Since then, he has been capped 24 times.

The 22-year-old was one of the England players to shine at Euro 2020 as Gareth Southgate‘s side reached the final.

Rice has consistently been linked with a move away from West Ham of late. Chelsea and Manchester United are said to have been interested in the £80m-rated Englishman.

Meanwhile, Lingard has returned to Man United after his loan spell at West Ham in 2020/21. The Red Devils want around £30m for the midfielder this summer.

Campbell has told Football Insider that Hammers should “move and shake” by bringing in Lingard with the Rice money:

“I think West Ham will cash in, to be quite honest with you.

“If you cash in on Rice you can then throw a lot of money at say a Jesse Lingard, who was unbelievable for them last season. It is all about being smart about how you trade. You have got to move and shake a little bit.

“Rice going to Chelsea? I can see it happening. Man United will also be interested, that’s for sure.

“Rice is a top player and he proved that in the Euros. He was amazing in the final. I think the money could be put to good use if he was sold.”