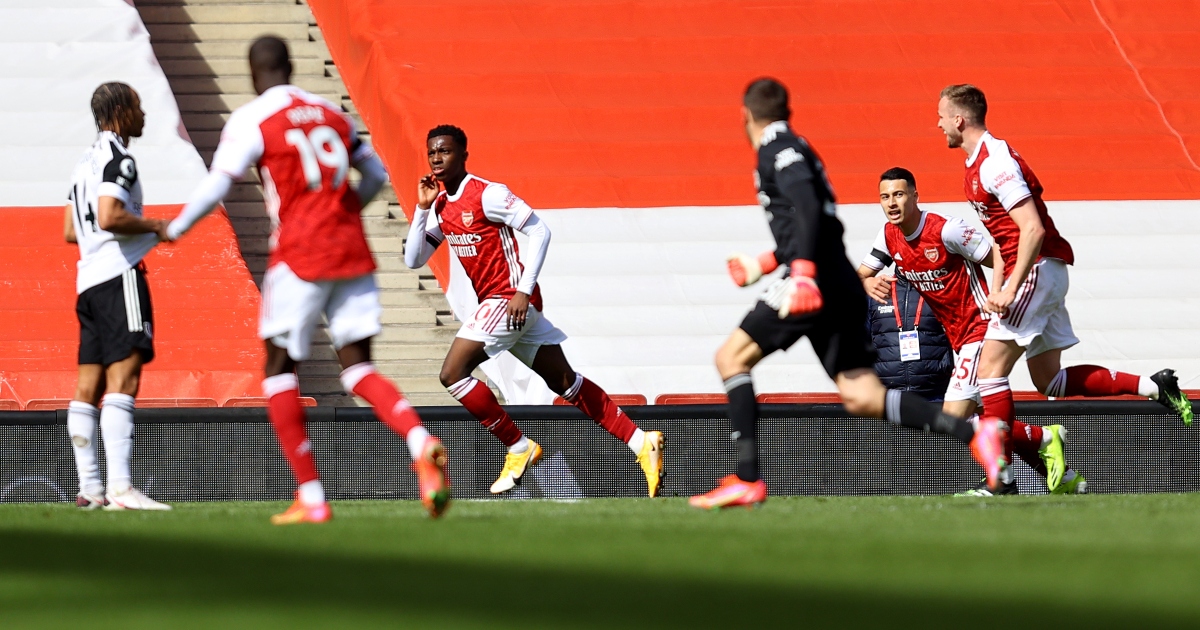 Danny Mills has claimed Arsenal striker Eddie Nketiah is “daft” and “naive” after his failed move to Crystal Palace.

Palace were actively chasing a new striker this summer and were keen on bringing in Nketiah, but instead opted for Celtic talisman Odsonne Edouard on deadline day.

The England under-21 international will now remain in north London and compete for a place in the first team.

Pierre-Emerick Aubameyang and Alexandre Lacazette have also remained at the club and are ahead of Nketiah in the pecking order.

His reported move to Palace fell through after reports suggested Palace would not pay Arsenal’s £20million asking price.

However, talkSPORT reporter Alex Crook claims the deal fell through due to the demands of the player and his representatives.

“It was the demands of his agent, in terms of agent’s fees, and it was Eddie Nketiah’s wage demands that have priced him out of a move from Arsenal this transfer window.”

And Mills believes the 21-year-old has made a mistake in staying at Arsenal.

“He’s daft, that’s what it is,” said the former Premier League defender.

“He’s being badly advised. Sometimes you have to take a step backwards to take two steps forwards.

“You have to back yourself and say: ‘You know what, it’s not really what I want right now, I might have to take a little bit of a cut, but I’m going to go there.

“‘And then Palace aren’t going to be able to keep hold of me because there will be too many clubs in for me’.

“I think that’s very naive, because what will happen is you’ll have this season where you will do absolutely nothing, you end up on a free transfer and everyone is going, ‘well, you’ve not played for a year, you don’t really know what you’re doing’.

“You’re always best to go out and play, no matter what.”