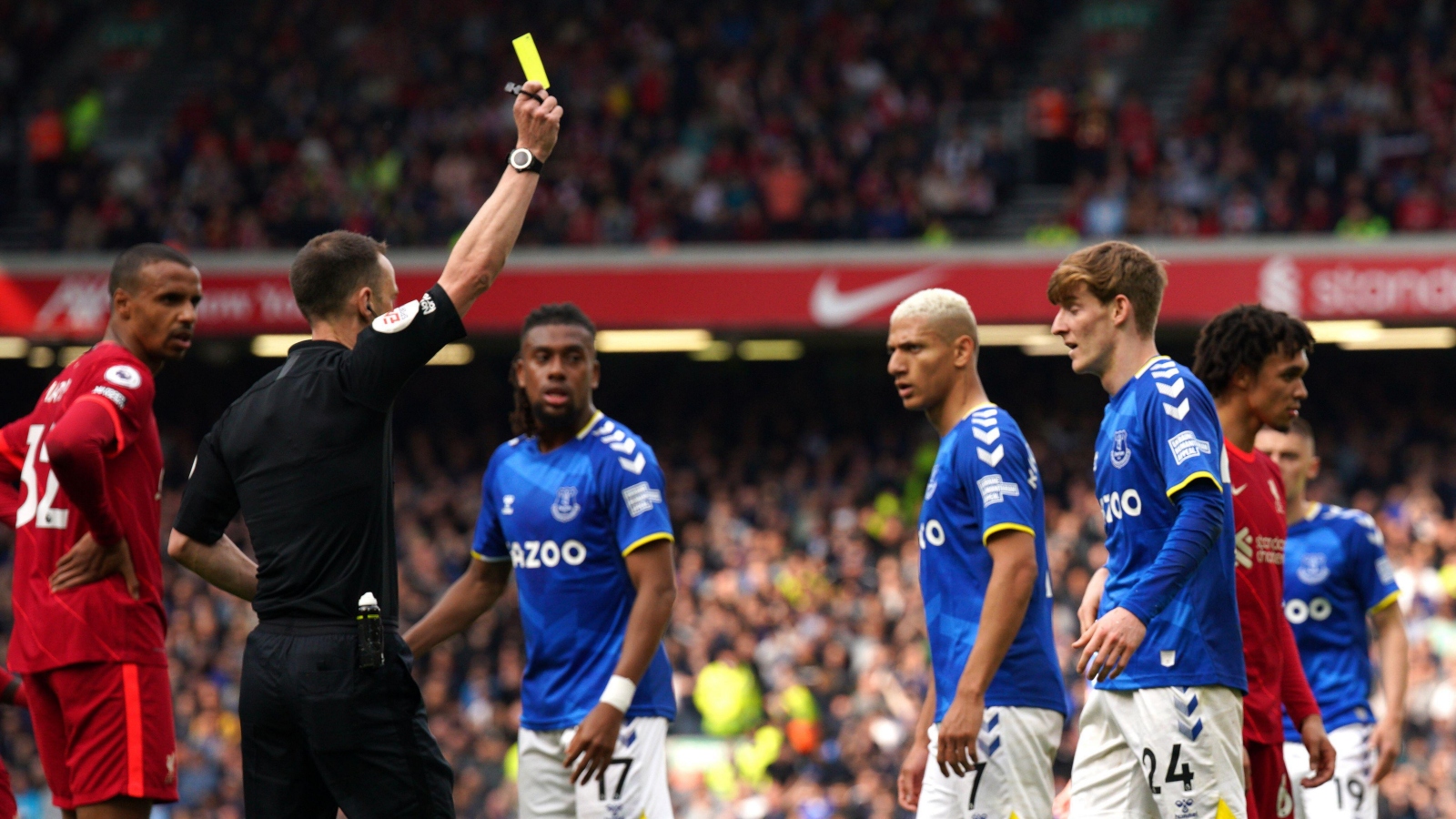 Danny Murphy believes Everton winger Anthony Gordon is building a reputation for “diving too much”.

The 21-year-old was booked for simulation in the 2-0 defeat against Liverpool in the Premier League on Sunday.

This was the sixth time an Everton player has been booked for diving this season. The Toffees account for half of the yellow cards issued for diving in the division.

Gordon was denied a penalty in the second half of the game at Anfield after going down under Joel Matip’s challenge.

Many believe referee Stuart Attwell got the decision against Matip wrong, with ex-Toffees striker Kevin Campbell saying he ‘bottled’ giving his former side a spot-kick.

“You see that. If that was at the other end, I’m sure this stadium would have gone crazy. That’s the one break that Everton needed.

“I thought the referee bottled it a little bit, if I’m honest with you.”

And former Liverpool midfielder Murphy believes Gordon is building himself a reputation for being a diver.

“People get reputations and he’s diving too much,” Murphy said on talkSPORT. “He’s a great player by the way. I really like him, Anthony Gordon. He’s a super talent, but I’ve watched Everton so much this season and he does dive a lot – and this is within the same game.

“Because he’s got that lovely way about him, he’s got great balance, he can go both ways and he’s got a low centre of gravity, he does get fouled a lot.

🗣 "I've gone one v one with him and I've got the better of him and he's stood on me foot."

Anthony Gordon explains why he feels he should've had a penalty and that he didn't deserve a yellow card for his "dive" pic.twitter.com/lhCkgxiwqB

“We’ve talked about this with Jack Grealish and they do go over too easily, but the argument is why shouldn’t they? Because if they don’t, you don’t get the penalties or the free-kicks. You can’t win.

“But, would he have got that penalty if he hadn’t have gone down in the first half? Maybe yes.

“The fact is, it was a pen. Again we talk about referees being able to take each incident in isolation, but that’s just not the way the world works.”