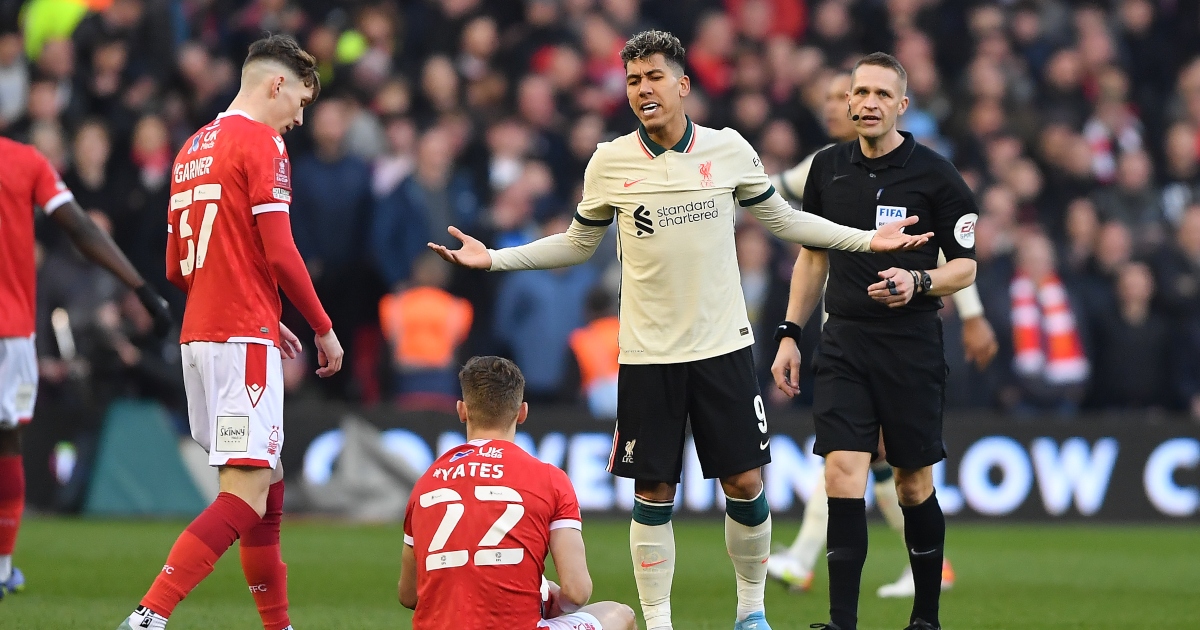 The Brazilian has been key to the success enjoyed by Jurgen Klopp and his side in recent seasons with Liverpool winning the Premier League and Champions League in Firmino’s time at the club.

Injury trouble and the emergence of Diogo Jota and Luis Diaz has seen Firmino’s game time reduced this season – but he has still managed to contribute nine goals and four assists in 26 appearances in all competitions.

Manchester City and Spurs have run-in advantage over rivals

Firmino now has less than 16 months remaining on his contract at Anfield, with Sadio Mane and Mo Salah’s contracts running out at the same time.

And Phillips doubts that Firmino will get a new deal at Liverpool but reckons “every team in the Premier League would be interested”.

Mane, Salah and Diaz were rested against Nottingham Forest on Sunday, with Firmino getting his 14th start of the season, and Phillips was asked if Klopp’s team selection hinted at a new pecking order, he told Football Insider: “Moving forward, I think he’ll go.

“When I look at Diaz, Mane, Salah and Jota, Firmino is the one for me that is likely to move on.

Meanwhile, Phillips reckons the return of Ruben Dias will be a “massive boost” for Manchester City in their “two-horse race” for the Premier League title with Liverpool.

Phillips added: “When you get to this stage of the season, no matter who you are, it is a huge boost to get one of your best players coming back.

“When you watch Man City, you could argue that they haven’t missed him. They have coped but they have dropped points. To have a top player like him come back ahead of the run in is great news.

“It is clearly a two-horse race for the Premier League title to that will be a massive boost. Dias is their best defender. Guardiola will be over the moon to have him back.”