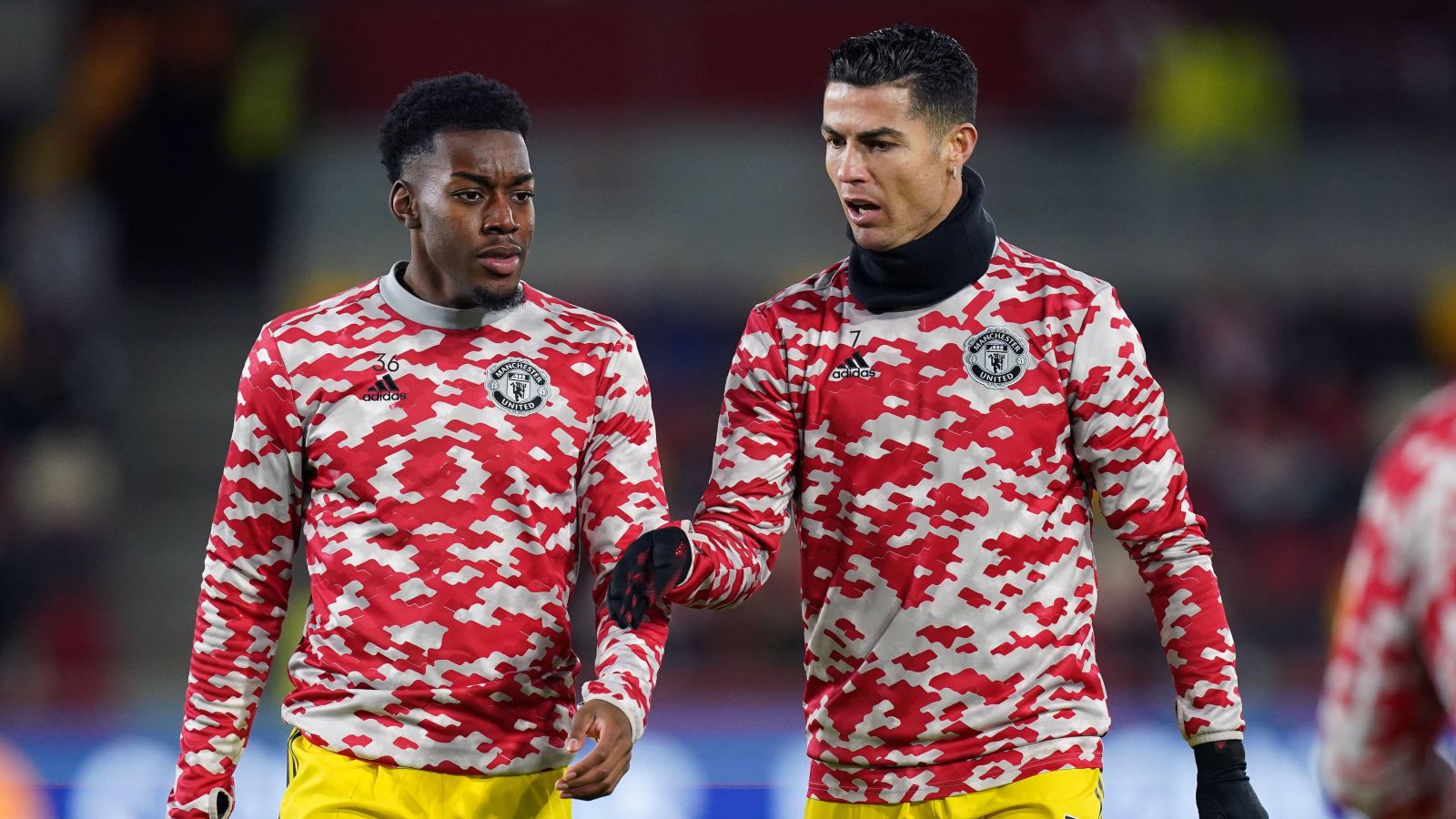 Manchester United youngster Anthony Elanga is the only player who tapped into the experience of Cristiano Ronaldo, according to Anton Ferdinand.

Portuguese superstar Ronaldo returned to the club last summer after 12 years away from Old Trafford.

Much was made about his return and whether he had made a good impact on a United side that went from second in the 2020/2021 season to sixth this season.

On a personal level, Ronaldo led the club in goals this season, scoring 24 times, 18 of which came in the Premier League.

And Ferdinand, who’s brother Rio played for the club, has claimed that young Swedish winger Elanga who has tapped into the experience of the 37-year-old.

Speaking on talkSPORT, Ferdinand said: “I had the pleasure of meeting Elanga at the last home game.

“I took my little boy up there to meet Ronaldo and I saw Elanga and I watched him live for the first time.

“He looks like one of the only young players whose actually tapped into Ronaldo.

“His movement was Ronaldo-esque, when Ronaldo was younger.

“You know his [Ronaldo’s] movement to get the ball. Sometimes he wouldn’t get it, but he wouldn’t moan about it, but his movement might free somebody else up.

“This is stuff that Ronaldo did when he first came to the football club. Now he’s switched his position.

“But he looks like the only young player in the first team that’s tapped into the G.O.A.T.”

Elanga enjoyed a breakout season this year and is one of only a few United stars to come out of the season with any credit.

The 20-year-old made 27 appearances for United this season, scoring three times and looks set to be part of the squad going forward under Erik Ten Hag.

“This manager needs backing now, he’s been brought into the club to really turn it around,” Scholes told Premier League Productions.

“The only issue is, who’s going to be helping him on that side of the business? I know at Ajax he had Edwin (van der Sar) and Marc Overmars. He’s always had someone to help him.

“I don’t see that role at United now. I don’t know who’s going to do that. There isn’t that link between him and Richard Arnold, or whoever’s running the club, and I think he will need help.

“Possibly Steve McClaren could be doing that.

“Steve as I know was a fantastic coach, one of the best coaches I’ve ever had. But I don’t think he’s coached for a while now, he’s more into the director of football role I suppose with Derby County.”