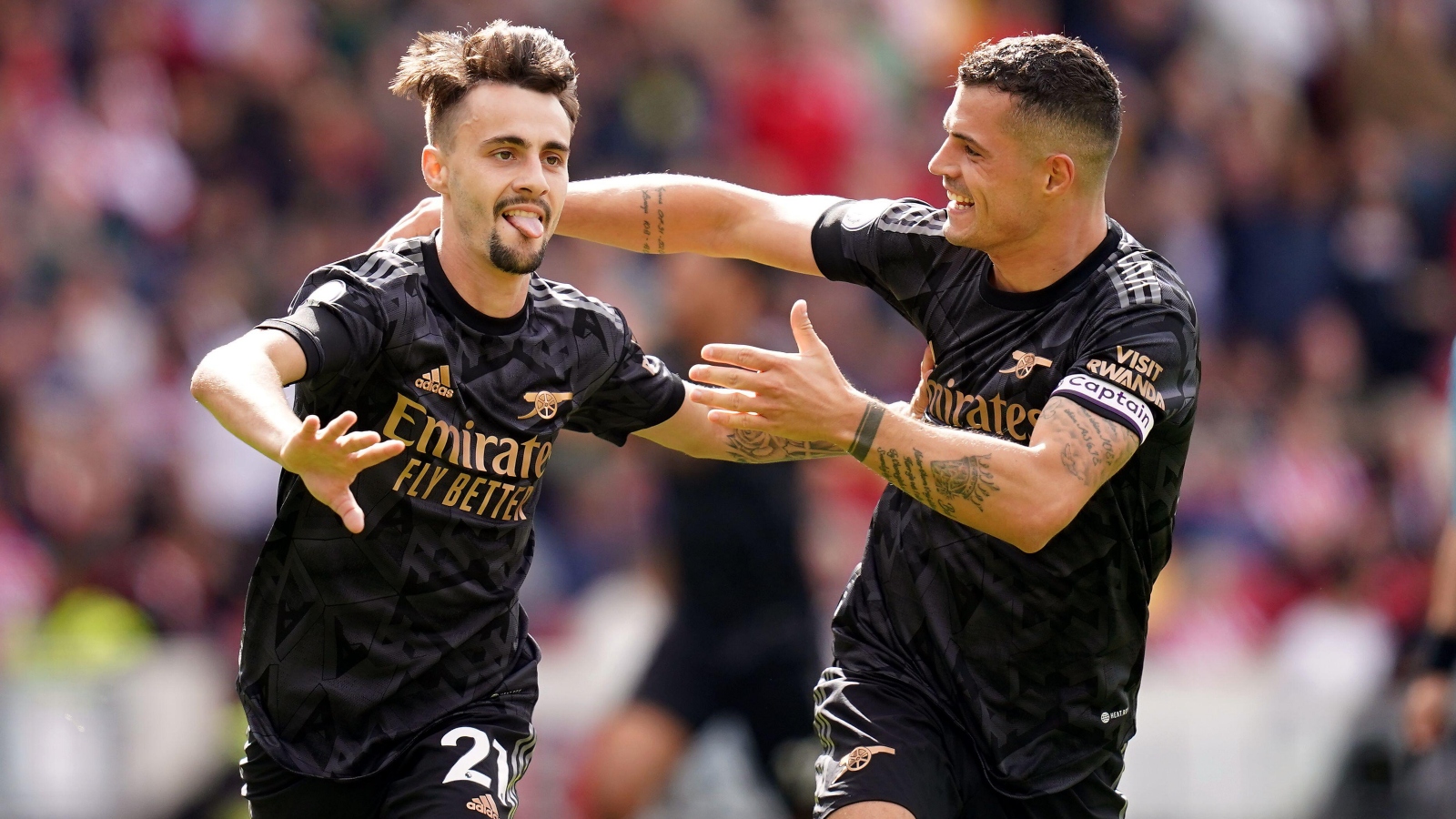 Granit Xhaka was terrific against Brentford on Sunday and has made Garth Crooks’ Team of the Week as a result, much to his dismay.

The Gunners brushed the Bees aside in the Premier League as William Saliba, Gabriel Jesus and Fabio Vieira scored in the 3-0 victory.

There was not one substandard performance in the Arsenal team and Mikel Arteta took it upon himself to make some Premier League history.

The Spanish manager did so by bringing on 15-year-old Ethan Nwaneri, who became the youngest player in the competition’s history.

Xhaka has thrived as a box-to-box midfielder next to Thomas Partey this year.

He has arguably been Arsenal’s best player in 2022 and captained the side against Brentford.

The Switzerland skipper assisted the second goal of the game with a delightful cross for Jesus to head home and double the Gunners’ lead at the Gtech Community Stadium.

After another tremendous performance by Xhaka, he was named in Crooks’ Team of the Week.

How did Crooks praise Xhaka for his part in Arsenal’s impressive win?

By going on a rant about how he doesn’t like him, obviously.

“I don’t like Granit Xhaka,” Crooks began. “I find him confrontational, overly aggressive and altogether irritating. Nevertheless, on his day he’s a very good player.

“He should have left Arsenal years ago. However, for some reason he has not only stayed at the club, but also occasionally wears the captain’s armband, such is his popularity these days.

“Against Brentford he looked very impressive and so did Arsenal.

“I would like to know why Brentford didn’t look up for this game, but the Gunners were so good I rather suspect that even if they had it wouldn’t have changed anything – Arsenal were that good. Most worrying.”

You should be worried, Garth. Very worried indeed.

Unsurprisingly, Xhaka was not the only Arsenal player named in his Team of the Week.

Aaron Ramsdale kept a clean sheet against Brentford and didn’t have much to do at all, but he was included by Crooks, who compared the England goalkeeper to Gunners legend Bob Wilson.

The other Arsenal players picked were William Saliba and Gabriel Jesus, who has been “playing like a man possessed” since joining the north Londoners, according to Crooks.

“From the moment Gabriel Jesus put on an Arsenal shirt he’s been playing like a man possessed,” the former striker said.

“His enthusiasm and appetite for the game is immense. He’s not just scoring goals for the Gunners but leading the line.

“His movement around the pitch is fantastic and he plays the game with an infectious arrogance that is spreading through the Arsenal team like wildfire, and the reason why they currently sit on top of the Premier League.

“The way Jesus generated enough power, on a beautifully flighted ball from Xhaka, to beat David Raya in the Brentford goal provided a glimpse of just how fit and strong Jesus actually is.

“Why Brazil haven’t selected him for their national team during the international break is a total mystery to me.”