Home All The News Pundit: ‘Disgrace’ Kepa should never play for Chelsea again 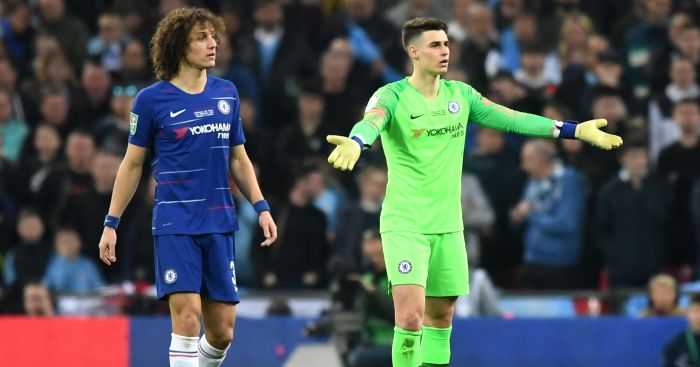 Chris Sutton claims that Chelsea goalkeeper Kepa shouldn’t be allowed to play for the club again after refusing to be substituted in the League Cup final defeat on Sunday.

Kepa, who missed last Thursday’s win over Malmo with a hamstring problem, had already required treatment for an apparent bout of cramp, but waved the substitution away, with Sarri livid.

The Spain goalkeeper saved Leroy Sane’s penalty in the shootout, but City won 4-3 as Jorginho had his effort saved and David Luiz hit a post before Raheem Sterling scored the decisive kick.

“Kepa should never play for Chelsea again,” Sutton told BBC 5Live. “That should be his last performance in a Chelsea shirt. He’s a disgrace. I’ve never seen anything like it.

“If I was Sarri, I would walk. You cannot be undermined. Why weren’t the players dragging Kepa off anyway? Kepa should be sacked, not Sarri.

“I still cannot believe what I have just seen. How can Kepa play for Chelsea again? How can he play for Sarri again? Something has to give. He has to go.

“I feel for Sarri. He was under pressure anyway. How’s he going to get through this? It’s mutiny at Chelsea.

“How do we see this situation panning out? Kepa has to go or Sarri has to go and I suspect Sarri will walk.

“He’s been undermined – it’s the worst thing that can happen to a manager.”