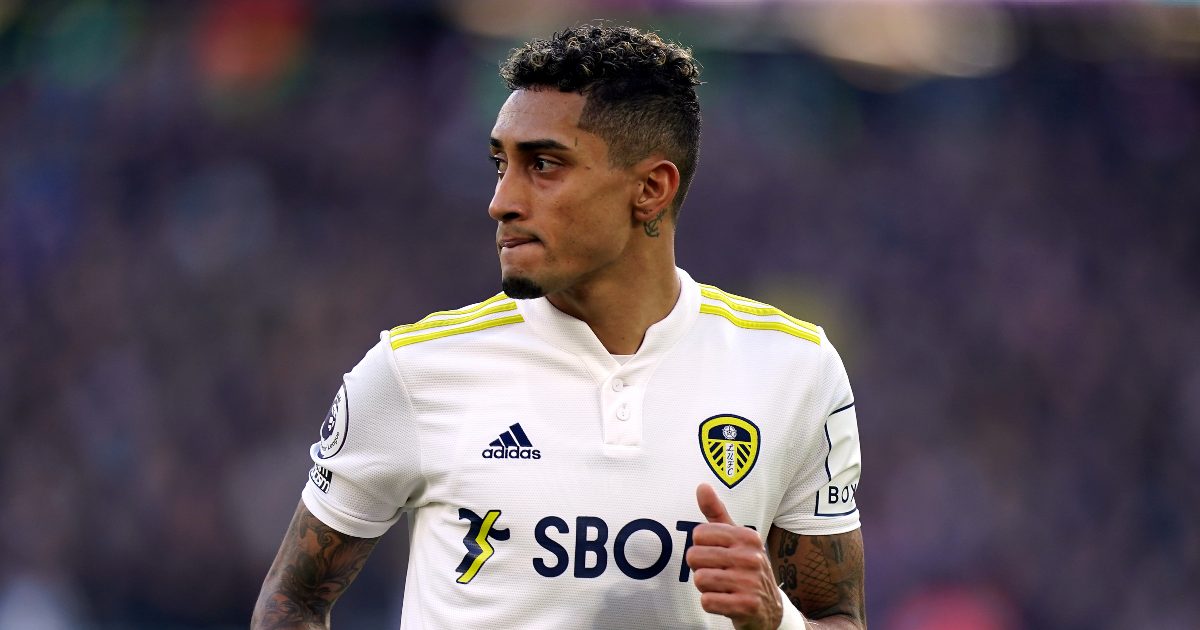 Ex-Premier League forward Gabriel Agbonlahor does not think it “makes sense” for Raphinha to sign a new contract at Leeds United.

Raphinha made the move to England in 2020. Leeds United paid around £17m to sign him from Ligue 1 side Rennes.

The winger was one of the standout players in the Premier League last term as he helped Leeds finish ninth.

You still here? One player per club we thought had left ages ago

The 25-year-old has also been in great form this season as he has been involved in ten goals from his 19 appearances.

Over the past couple of months, Raphinha has been linked with a switch to Jurgen Klopp’s Liverpool.

German giants Bayern Munich are also said to be admirers of him. His current deal at Leeds is set to expire in 2024.

Agbonlahor has told Football Insider that Raphinha is good enough to be playing in the Champions League:

“I don’t think so, to be honest. I look at Raphinha and he knows he could be playing Champions League football tomorrow, he’s that good.

“It doesn’t make sense for him and his agent to sign on for Leeds, to be honest.

“He’s onto bigger and better things than Leeds can offer him.”

“It’s a great decision. Raphinha’s the best player in the team in all the senses.

“Physically he’s the best, technically he’s at the level of the best and his interpretation of the game is very wise.

“He’s within the group of such a powerful nation as Brazil, he shines in the Premier League and he has the attention of all the big clubs in the world.

“All of those things are something you guys know as well. Nothing I’m saying is new. As a result, the decision of the club can only be valued.”

Leeds have won two games in a row in the Premier League. They are now 15th in the table and they are nine points clear of the bottom three.

Bielsa’s side are back in action on Saturday as they host Eddie Howe’s Newcastle United at Elland Road.