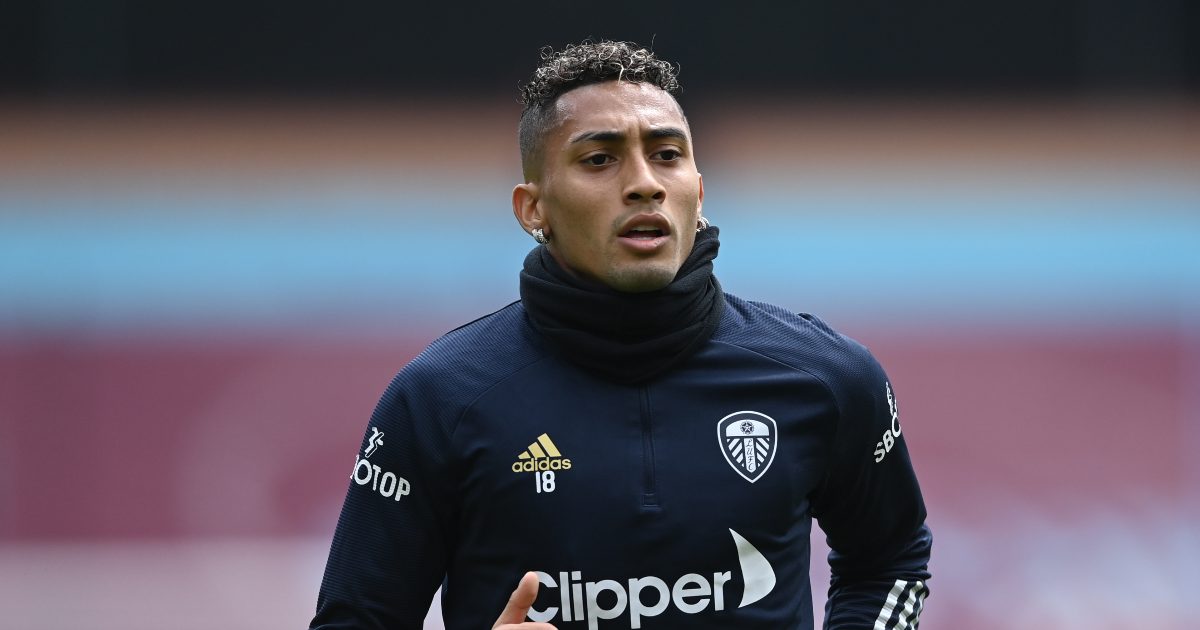 Steve McManaman has predicted that Raphinha will “stay at Leeds” in January unless Liverpool suffer a “huge amount of injuries” before then.

The winger was one of the standout players in the Premier League last season. He was involved in 15 goals from his 30 league games.

Raphinha was one of Leeds United’s best players as they finished ninth in their return campaign in the top-flight.

The Brazillian was heavily linked with a move away from Leeds during the summer. His agent is former Barcelona and Chelsea midfielder Deco.

Last week, Deco revealed that Liverpool were interested in him ahead of the 2021/22 season.

As reported by Leeds Live, McManaman has suggested that Leeds “won’t want to sell” Raphinha in January:

“He’s a really good player and he’s been scoring recently for Brazil, but I expect him to see out the season with Leeds.”

Elsewhere, Rio Ferdinand has praised Liverpool as he believes there is a “fear factor” around them:

“Liverpool are on fire. They’re actually playing like the Liverpool team of two or three years ago when they were popping everybody. They look like they’re dominant.

“There’s a togetherness. They’re a team of experienced people who know how to get the job done, they’ve got trophies behind them now. They’re going to be a formidable team this year.