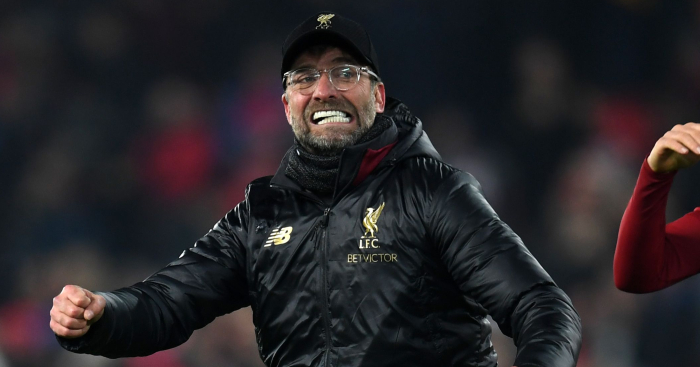 Paul Merson has used his own managerial experience to suggest that Jurgen Klopp “is panicking”.

Liverpool drew 0-0 with Everton on Sunday as they failed to regain top spot in the Premier League ahead of Manchester City.

Merson, who suffered one relegation in two years as Walsall manager and was sacked in February 2006 with the club on the cusp of dropping into League Two, believes Klopp’s approach to the game showed that “panic is setting in”.

He used the example of the German’s substitutions – also criticised by Jamie Carragher – and suggested that Klopp must “concentrate” on Liverpool instead of City and their “900 chances”.

“Getting uptight in his press conference about Manchester City… don’t worry about Man City, just concentrate on what you’re doing.

“Panic is setting in, as shown by his substitutions, bringing on Adam Lallana for Sadio Mane – you’ve got to win that game.

“You’ve got Daniel Sturridge and Xherdan Shaqiri on the bench. I’ve been a manager myself and sometimes you sit there after a game and think ‘I shouldn’t have done that’.