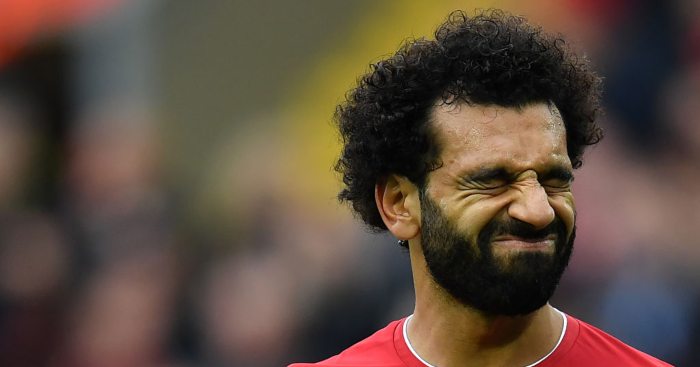 Arsenal legend Charlie Nicholas thinks Liverpool will have to decide whether to “risk” Mohamed Salah in their clash with Napoli in the Champions League on Wednesday.

Salah was only declared fit enough for the bench in their 2-1 victory over Crystal Palace on Saturday after suffering with a recurring ankle injury.

Napoli are the only side that have beaten Liverpool in all competitions this season but Jurgen Klopp’s side still find themselves top of  Champions League Group E.

A win over the Serie A outfit will secure the Reds’ passage through to the last-16 of the Champions League and Nicholas thinks Klopp will think very carefully whether to “risk” Salah against Napoli.

“This is another cracker,” Nicholas told Sky Sports.

“These two will go through, but Napoli do not lose many games. They are still unpredictable in terms of their defence. They are powerful but, no matter who the manager is, Napoli do like to get at you and take a risk or two.

“Liverpool are getting over the line at the moment, but it is taking its toll. Do you risk Mohamed Salah again or do you play him against Brighton on Saturday?

“I have a feeling Liverpool may tinker the team and if you said to both clubs that they would get a point, be content, and qualify at the end of it, they would be more than happy. Liverpool changes may affect the team.”