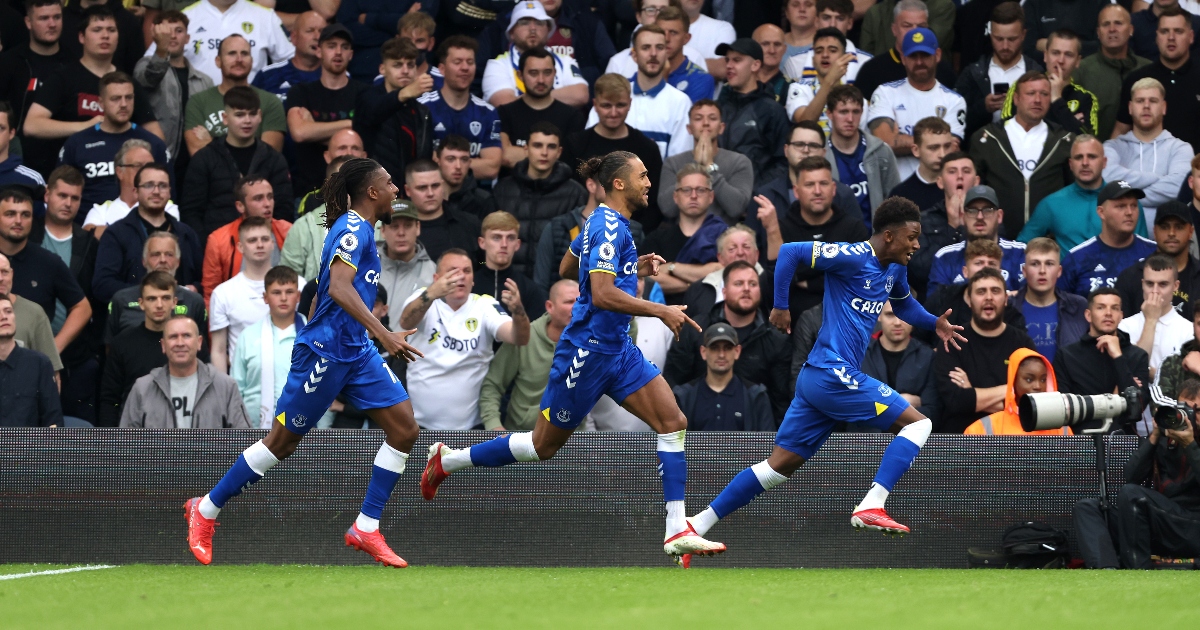 Former player Noel Whelan has claimed Demarai Gray is the “bargain of the century” after his £1.7million move to Everton this summer.

The winger scored his first Premier League goal for the Toffees in Saturday’s 2-2 draw against Leeds United.

And Whelan was impressed with the 25-year-old’s performance at Elland Road, claiming the best is still to come from the ex-Leicester City man.

“I think Leeds United were rumoured to be looking at him at one point,” he told Football Insider.

“There was a question mark over whether he could do it but he has proved to be an absolute snap in the first couple of games.

“Gray is a top-quality player. He was heavily involved on Saturday. He got down the wing on numerous occasions, put in some dangerous crosses and got his goal.

“For £1.7million, that really is the bargain of the century. If he continues to produce that kind of quality on a weekly basis, what a bargain.

“He is not even into his prime yet so it really is a great bit of business from Everton.”

Gray made 169 appearances for Leicester during his five years at the club, scoring 13 goals.

And his former Foxes teammate Christian Fuchs has also backed the winger to impress at Goodison Park.

Fuchs was asked about Gray during an interview with Everton’s official website. He believes that “the talent is there” with the attacker: