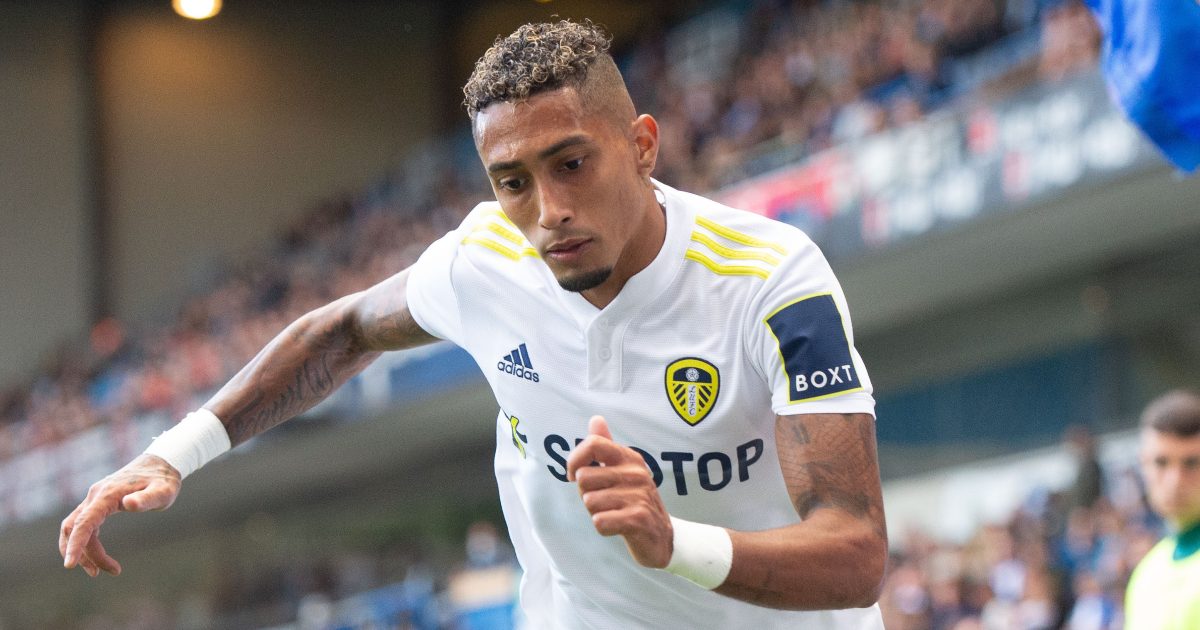 Former Leeds United man Noel Whelan has suggested that Raphinha is “relentless” and he is “fantastic on the ball”.

The attacker joined Leeds in 2020 for a fee in the region of £17m from French outfit Rennes.

Raphinha was one of the breakout stars in the Premier League last season as he shone for his new club.

The winger was involved in 15 goals from his 30 league outings last term. He was linked with a move to Liverpool this summer but he ended up staying with Leeds.

Whelan has praised Raphinha in an interview with Football Insider as he is a player who “can produce moments of magic”:

“Raphinha is fantastic on the ball, great on the eye and can produce moments of magic that other players simply can’t.

“But what I really like is his work out of possession. He is not afraid to really work hard, track back and double-up with the full-back. It is an attribute you sometimes don’t get with technically talented players. They do one side of it but not the other. That is not the case with Raphinha though.

“When I watch him he is relentless. He works his socks off. You would not see Messi doing that and you would not even see Ronaldo doing it anymore.

“A high work rate is what Marcelo Bielsa demands though so you would not get away with that.”

“I have to say a huge thank you to my team firstly – the football department have been monitoring Daniel for a number of years and every member of my team has worked hard to get this deal over the line.

“It is no secret that Daniel is a player we have been keen to acquire for a number of years and today we achieved our goal.

“As a player we feel Daniel is an excellent fit for a Marcelo Bielsa team, he is quick, direct and works hard – we look forward to him joining up with the squad, finally!”