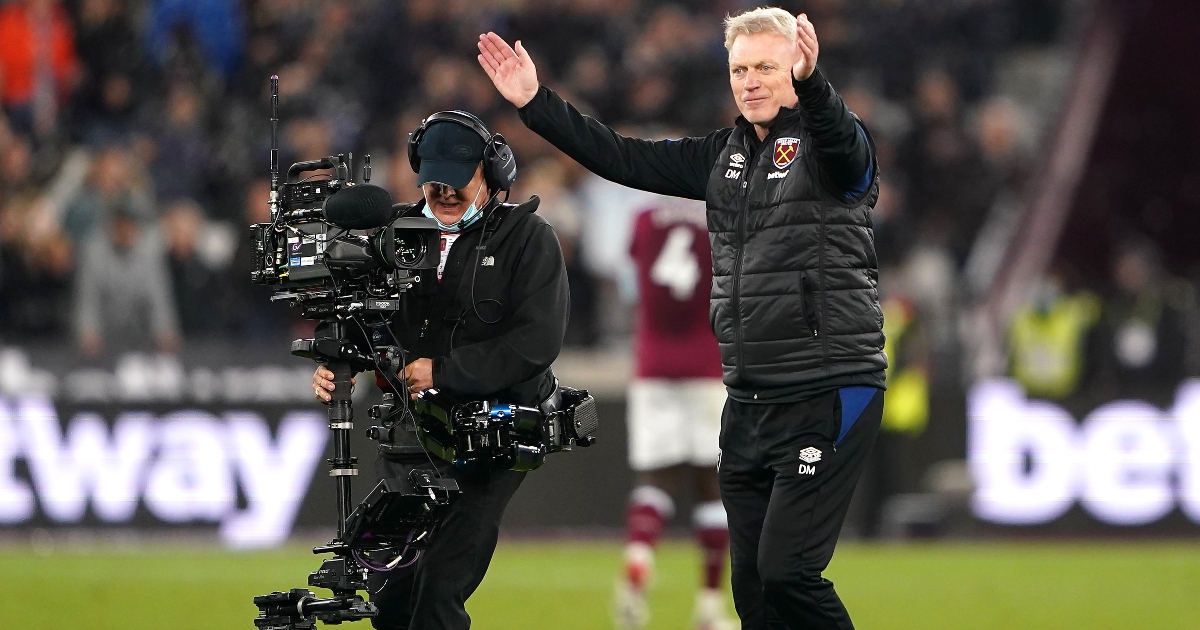 The Scotsman only lasted in the job until April 2014, returning to management with Real Sociedad seven months later.

All things feel possible for West Ham after a dizzying display

The 58-year-old has found his feet at West Ham, to say the least. The Hammers are currently third in the Premier League after beating Liverpool 3-2 on Sunday.

In his second spell at the London Stadium, Moyes brought European football back to the club after their sixth-place finish last season.

Man Utd on the other hand, are struggling with Solskjaer at the helm.

The Red Devils were comfortably beaten by their arch-rivals Manchester City at the weekend, losing 2-0 at Old Trafford.

Solskjaer is under immense pressure, but will likely be in charge of United’s next game, according to The Athletic journalist David Ornstein.

Speaking on the Norwegian’s future, Lawrenson told Off The Ball that he is unsure who could replace Solskjaer, before suggesting Moyes would ‘sort them out’.

“Unless they’re actually going to go and buy a manager, who are you going to get?” he said.

“Would he be able to solve the problem? I think he’s at the right club for him, most definitely.

“I just don’t see where they would go. If anybody at the moment, you’d want Moyesey back would you not?

“I’m half-joking, but what I’m saying is you’d have him basically because he would sort all this out.

“He never really got the time there, and he never was going to get the time because he was the first one after Ferguson.

“I think the issue was on the second day, Vidic told him he’d verbally agreed to go and play in Italy, Evra was going as well, and Rio Ferdinand was struggling in terms of the pace of the game, so he’d lost three of the back four within two or three days.

“There was a little bit of ‘you’re coming from Everton and telling us how to play’ but there always will be.

“I just honestly don’t know who they would go and get, I really seriously don’t.”