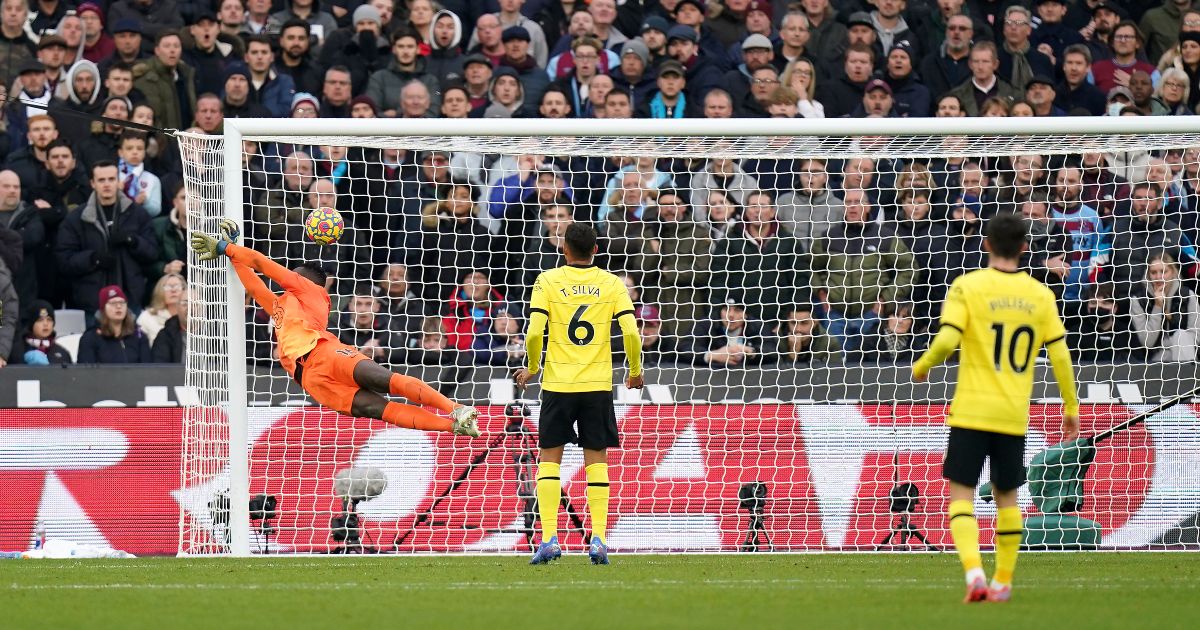 Former Premier League striker Dean Ashton claims Chelsea star Edouard Mendy and other goalkeepers have an “obsession” with playing it out from the back “under severe pressure”.

Thomas Tuchel’s side threw away the lead on two occasions to lose 3-2 to West Ham on Saturday afternoon with their place at the top of the table now under threat.

Chelsea took the lead in the 28th minute when Thiago Silva headed in from a corner but West Ham equalised five minutes before half-time from the penalty spot.

The Blues keeper Mendy brought down Jarrod Bowen in the box following a poor pass back from Jorginho and Manuel Lanzini dispatched the spot-kick.

Ashton is annoyed by the recent habits of goalkeepers making the wrong decision when under pressure from forwards.

“Yes it was a bad back pass,” said Ashton on commentary duty for talkSPORT. “He put the keeper under pressure.

“But there’s nothing wrong with kicking it out! This obsession with current goalkeepers who can’t see the picture of kicking it out under severe pressure.

“He gets his legs in a tangle and it’s an awful challenge.”

Mason Mount had given Chelsea the lead again before half-time –  but a well-taken strike from Bowen and a Arthur Masuaku cross from the left, which flew straight in, wrapped up the points for the Hammers.

Chelsea boss Tuchel felt his side paid the price for making too many mistakes. The German told BT Sport: “I don’t think we did a bad match. It was OK. We can win with this performance, even here.

“It is tough to play here but we made too many individual mistakes. We did against Man Utd and against Watford and got punished.

“If you want to have results at this level you have to minimise the mistakes.”

Meanwhile, West Ham goalscorer Bowen felt the Hammers deserved the victory for a hard-working performance. He told BT Sport: “That’s what we’re about – the character, the belief. We hung in when it was difficult but we never know when we are beaten.

“We showed that reaction. We showed a lot better performance and got that winner.”