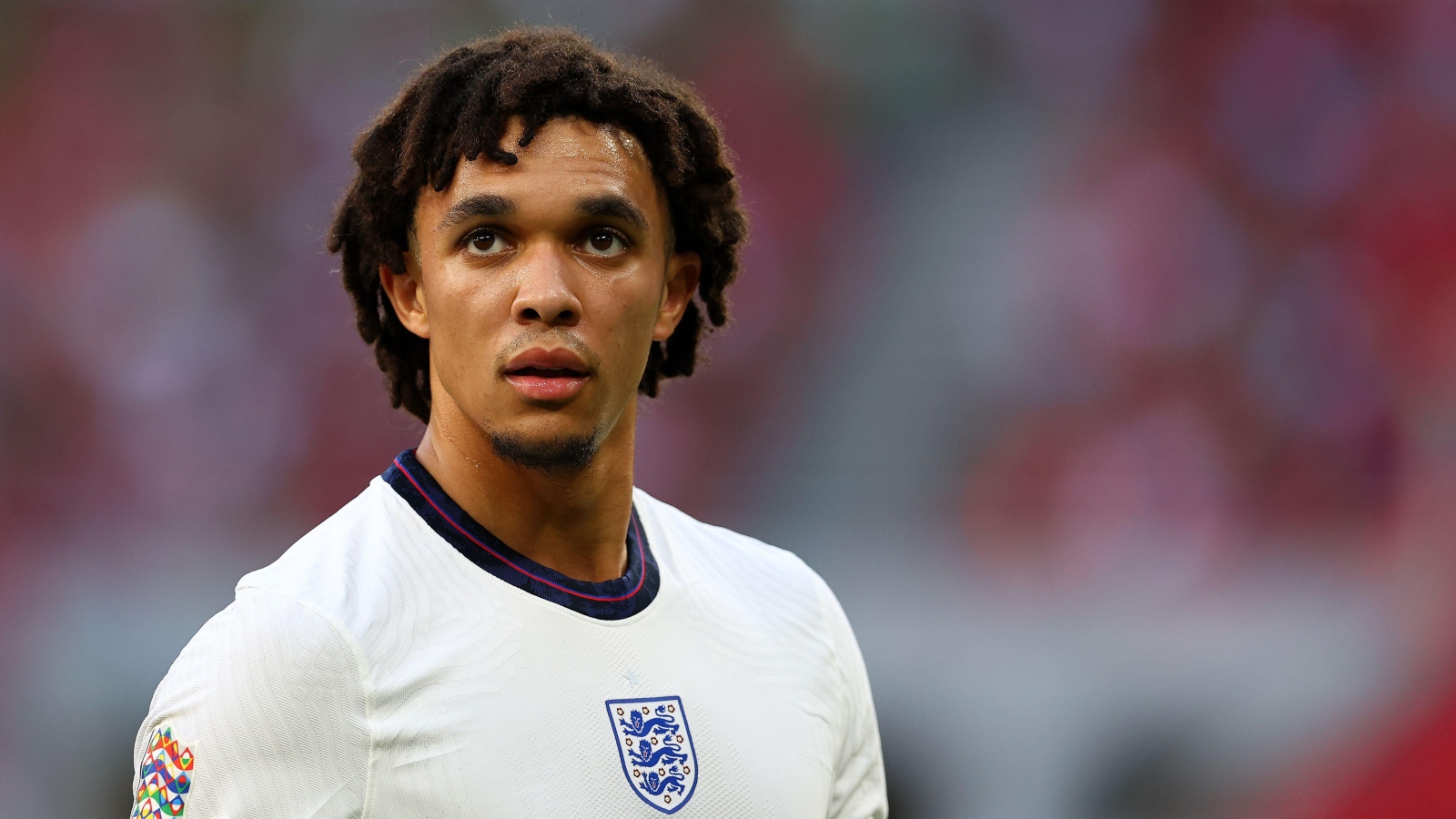 Noel Whelan has identified two key reasons as to why Trent Alexander-Arnold will struggle to get any minutes during the World Cup.

Gareth Southgate has come under fire after England played out a disappointing goalless draw with the USA. England only registered three shots on target and looked short of creativity throughout the evening.

On the back of the USA performance, pundits have questioned why the likes of Phil Foden and Trent Alexander-Arnold haven’t had more game time so far.

Despite England’s lack of creativity, Whelan has suggested two reasons as to why Alexander-Arnold will struggle to get any minutes at all throughout the tournament.

“I think he’s gonna struggle with the competition for places,” the pundit told FootyInsider.

“You’ve got Kyle Walker, who is firmly in front of him in the pecking order when he’s fit.”

The Manchester City defender has been struggling with a groin injury but is expected to be back in contention soon.

As England lacked a creative spark against the USA, you would have thought that Alexander-Arnold could have influenced things for England.

Kieran Trippier has been Southgate’s preferred option at right-back and has started in both games so far.

“You’ve got Kieran Trippier out there at the moment, as well – and he’s in better form than Trent,” Whelan added.

England struggled to progress the ball forward from deep areas and Trippier wasn’t able to get into enough dangerous areas to deliver the ball.

Whelan also believes that Southgate will be reluctant to make significant changes to his side as he prefers a settled starting 11.

He added: “I think you’re going to see a very settled side from Gareth Southgate. The key to winning cup competitions is keeping that momentum going.

“When you start chopping and changing, that’s when you get stung. History tells you that settled sides go the furthest.

“It might be that Trent doesn’t get any game time at all.”

Questions have been pointed at Alexander-Arnold this season after a dip in form, but his creative ability cannot be doubted.

Prior to Reece James’ injury, there were even some doubts that Alexander-Arnold would be involved in the England squad whatsoever.

Southgate’s more pragmatic approach perhaps doesn’t get the best out of the Liverpool defender, but it would be a huge shame if he doesn’t get any minutes during the tournament.