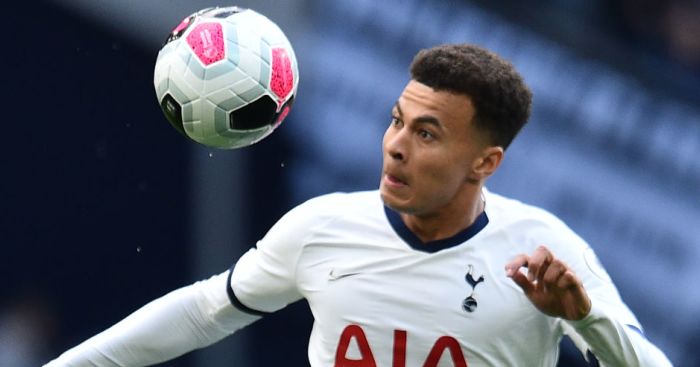 Alli‘s best period in a Spurs shirt so far came two seasons ago when he scored 22 goals and assisted 13 others, but he has struggled to find that level sharpness in recent months.

The England international has lost his place in the Three Lions side after only making six appearances and scoring the one goal this term, which rescued his side a point late on against Watford.

Speaking to Football Insider, however, Bent said that in full flow, Alli would be a serious addition to Jurgen Klopp’s side.

“On his day, when at his best Dele Alli is capable of walking straight into Liverpool’s team,” the pundit said.

“The Dele Alli who was scoring goals and getting assists consistently is more than capable of being a player who’d benefit their team.”

Liverpool have not had a typically creative midfielder since they lost Philippe Coutinho to Barcelona in January last year, but since then full-backs Trent Alexander-Arnold and Andy Robertson have stepped up in some style.

One player who could become Liverpool’s driving force in midfield is Alex Oxlade-Chamberlain, who looked back to his best when scoring two goals against Genk in the Champions League on Wednesday.