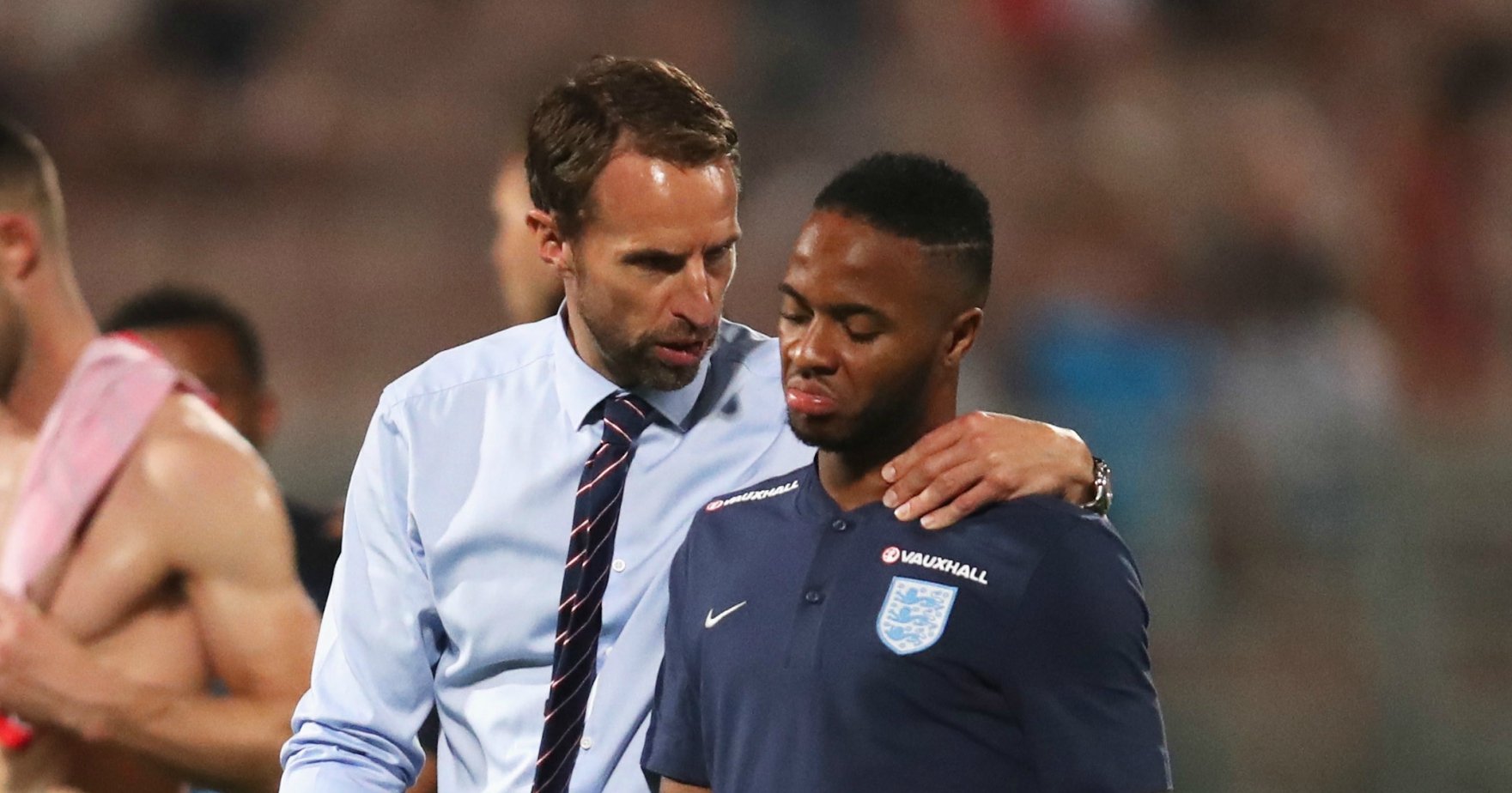 Sterling has been dropped by Gareth Southgate for England’s game against Montenegro on Thursday after he angrily confronted Gomez when they arrived at St George’s Park.

Reports claim Sterling had to be pulled away by shocked team-mates after squaring up to Gomez in a private team area at their training base.

In a statement released on Monday, England manager Southgate said ‘the emotions of yesterday’s game were still raw’ and the Three Lions staff had ‘taken the decision to not consider Raheem’ for the Euro 2020 qualifier against Montenegro, although he has remained part of the squad.

Sterling has since released a statement on the debacle, claiming the “emotions got the better of me”.

But former England defender Gray believes Sterling should have been sent home and that Southgate has not fixed the problem by keeping him around.

“Raheem Sterling hasn’t been sent home and I find that a problem,” Gray told talkSPORT.

“If you’re going to punish him then you don’t play him Thursday or Sunday. You should send him home so he’s not part of the squad.

“Then he’s got four or five days to himself to think, ‘what did I say, should I have done that, was it the wrong approach, what will Gareth Southgate think of me, what will the rest of my team-mates think of me?’ All those things go through your mind.

“To say to him you’re not playing but to keep him within in the squad, the problem has not gone, the problem is still on your door step. The two players are still there in the same squad.

“It smells of something, that, for me.”