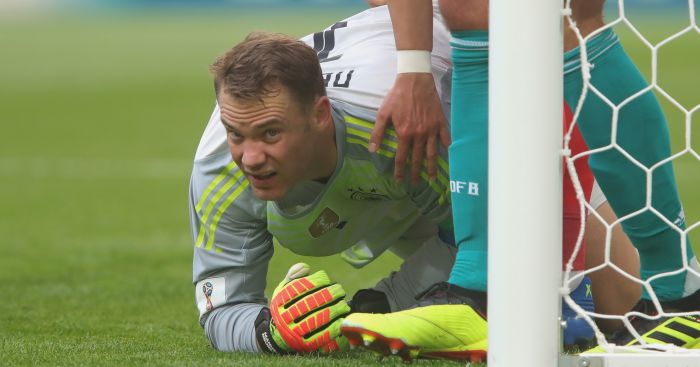 The defending champions lost their opening match against Mexico before beating Sweden to get themselves back into Group F contention.

However, Joachim Low’s side lost 2-0 to South Korea on Wednesday to see them dumped out of the World Cup to the delight of England supporters everywhere.

South Korea took the lead in injury time from a corner before goalkeeper Neuer – who pushed up the field looking for a goal – lost the ball in the South Korean half to allow Son Heung-min to slot home into an unguarded net to wrap up the match.

“What is he doing playing on the left wing? He is a goalkeeper, why is he in that position? It’s an open goal for Son and the Germans have got what they deserve.

“Germany, you have got what you deserve. They have just not done enough. It’s poor defending from a set-piece and it’s incredible scenes inside this stadium.

“I did not see it coming. I thought Germany would’ve brought the momentum from the Sweden game into today, but they started so slowly without any intensity.

“Why was Manuel Neuer ahead of two forwards for the second goal? He is a loose cannon.”