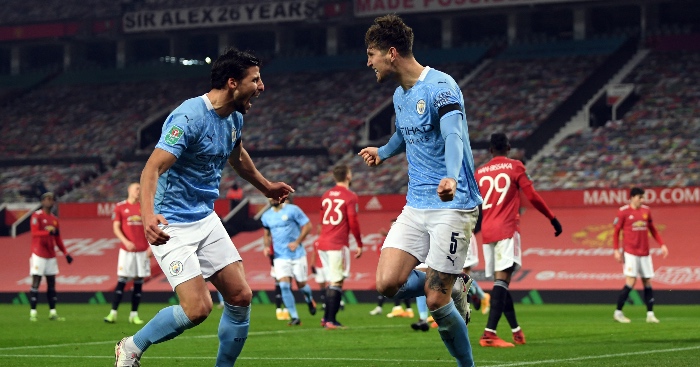 He is beginning to form a strong partnership with Dias, who joined from Benfica for a £62 million fee last year.

Sinclair has now praised the pair for their performances. Speaking on talkSPORT, the former England international said: “It’s been outstanding. It kind of reminds me of when Vidic and Rio were together – one of them would make a block and they’d high five each other.

“It just seems they’ve got that kind of relationship and chemistry where they respect each other.”

Speaking about the team as a whole, he went on to say: “I think Man City have got two ways of playing now.

“If you look at the possession against some teams, it’s not what it used to be. They’ve got a possession-based game where they’re dictating and getting in the final third, but also if they’re not having any joy with that they’ll sit back.

“Because they’re so confident with John Stones and Ruben Dias they’ll sit back and like we’ve seen in that 15 minutes at Chelsea, they’ll hit you on the break. They’ve got speed going forward and if you give them half a pitch to work in they’ll go and destroy you.”

City are now fifth in the Premier League on 29 points. They have a game in hand on Spurs and two games in hand on Leicester City.

Stones and Dias’ emerging partnership is one reason for their upturn in form. They’ve conceded one goal in the last four matches they’ve started in together.