Home All The News Pundit: Liverpool have ‘run out of steam’ due to transfer scarcity 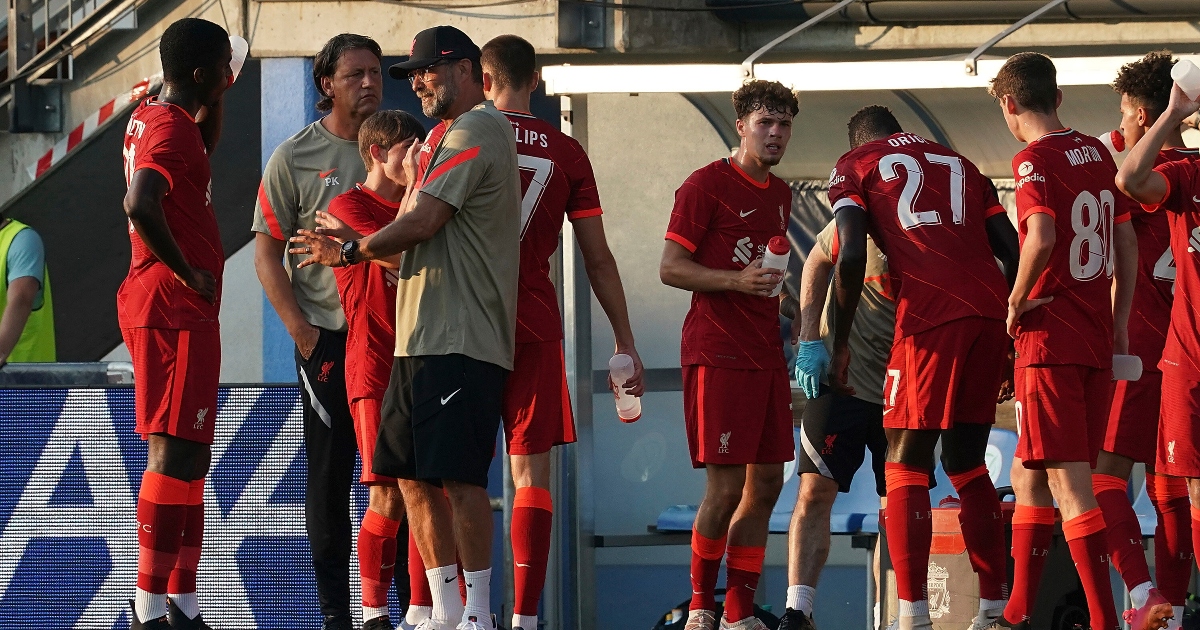 Liverpool must reinvest in their squad in the transfer market to ensure they can challenge for the Premier League this season, according to Jamie O’Hara.

The Reds have only made one first-team signing this summer – Ibrahima Konate from RB Leipzig for £36million.

They have been linked with numerous players in recent weeks, including West Ham winger Jarrod Bowen and Real Betis midfielder Guido Rodriguez.

What is a football club? Sir Bobby Robson put it best…

However, the lack of transfers is leaving fans frustrated as Jurgen Klopp’s side will be aiming for a much stronger showing than last campaign.

“They haven’t signed anyone,” O’Hara said on the talkSPORT Breakfast.

“But they’ve only signed Konate who is just another centre-half that they needed to get in to help Van Dijk if he struggles with injuries.

“That’s why Liverpool fans are not happy because they’ve needed to reinvest, they need to go again.

“The reason they got success was when they signed Alisson and van Dijk and they built a team.

“Now I just feel like they’ve run out of steam a little bit, and they need to get a couple of new fresh faces in that are going to kick them on.

“They haven’t done that.”

Instead of confirming new signings, the Reds hierarchy have been busy securing the future of several players by offering them new contracts.

Alisson, Trent Alexander-Arnold and Fabinho have all signed new long-term deals with the Anfield club recently.

There are more planned with van Dijk, Mohamed Salah, Sadio Mane and Andy Robertson all in line for new deals.

Speaking about his new contract, Alisson told the club’s official website: “I think I didn’t waste too much time to think about that. It’s something we just built in those last three years, the confidence, the trust that I have in the club and the club has in myself.